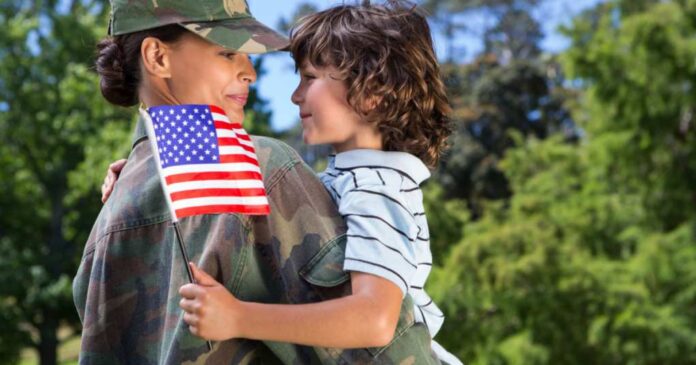 The Supreme Court ruling that took the Democrat’s right to murder unborn children has sent them into a frenzy. Their followers took to the streets in protests, and leaders vowed to do things to make that people had access to ways of getting rid of their children. The latest attempt to kill the unborn comes from Defense Secretary Lloyd Austin, who promises military families that he will see to it that they have access to abortion doctors.

The military does not have any policy in writing that allows servicemembers wanting an abortion a way for them to have access to them. They fear that any military member who gets pregnant will be unable to free themselves of the child if they live in a state where abortion is illegal.

Austin is committed to ensuring that unborn children are targeted by liberals seeking to get rid of them. He stated, “Nothing is more important to me or this Department than the health and well-being of our Service members, the civilian workforce and DOD families. I am committed to taking care of our people and ensuring the readiness and resilience of our Force. The Department is examining this decision closely and evaluating our policies to ensure we continue to provide seamless access to reproductive health care as permitted by federal law.”

Austin covers the murderous option behind it being a healthcare option. He acts like having a baby is some cancer that needs to be cut away to save the parent’s life. There is nothing “reproductive” about the healthcare he is proposing. It is just another way for the unloving to extinguish life before it ever begins.

Austin believes that the lack of abortion access will keep people from enlisting in the military. He wants to make sure that any person enlisting has as a benefit the option to kill a child. He is concerned that anyone stationed in a state where abortion is illegal that the person would be trapped to have the baby should they engage in baby-making activities.

The Defense Secretary targeted conservative states such as Texas, Mississippi, and Alabama as places where abortion is about to be outlawed. He was concerned that the women serving in those states would be forced to give up what they perceived as a right to kill.

His concerns are pointless given the fact that military doctors are not allowed to perform abortions. And as a result, they must seek such a procedure in secular facilities.

Blomberg reported that “The Pentagon provides health care to more than 1.5 million women of reproductive age, including servicewomen on active duty, in the guard and reserves, as well their dependents, according a statement earlier this year by California Representative Jackie Speier and New Hampshire Senator Jeanne Shaheen, who have championed women’s health care in the military.”

Blomberg also noted that military women are more likely to become pregnant than women not serving their country. They do not have to engage in baby-making activities and risk the development of a baby. Pro-Choice adherents claim that those serving their country will be burdened if they are not permitted to abort their child. But the burden only happens by choice.

Abortions are currently not covered by the healthcare plans offered to servicemembers. The Hyde Amendment keeps all federal funds from being used for abortions. The Democrats have long tried to rid themselves of the Hyde Amendment because it would allow them to pay for women to kill their unborn children.

The Democrats are looking at their options and are developing laws that would enable them to let military members go to get an abortion. Austin is committed to allowing women the ability to request leave to seek out a doctor willing to kill a child.

The liberals see children as a burden that needs to be extinguished. They want to make it a benefit for those serving in the military to be able to travel to states that would allow the procedure and get the procedure done so they can continue living a selfish life at the expense of another.