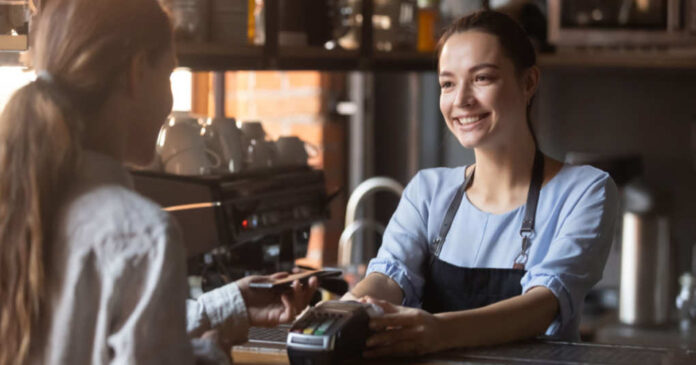 The service industry is highly dependent on its customers’ tips, which help make a difference in their income. But the more Joe Biden seeks to destroy the economy, the more people hold back generous tips because they cannot afford to pay out the extra money for the services they receive.

Daniel Westwood is a bartender that works in Las Vegas, Nevada. He stated that the tips he receives help him pay the bills and other expenses his family has. He mentioned that things are getting so bad that I have people look me directly in the eyes and hit ‘no tip’ on the credit card processing machine, and they don’t care.”

The cause for the lack of tipping is directly related to inflation. Westwood believes that people do not care when they fail to tip. But the truth is that they do not have the extra money to add to the bill. Prices have gotten so high that even leaving a tip would be financial suicide for the customer.

Americans are finding creative ways to save money to continue eating out and supporting the restaurant industry. Westwood may complain about the lack of tips from some people, but at least people are still finding ways to eat out. But Joe Biden is not done inflating prices. At some point, people will stop going out for dinner because they cannot afford the higher prices.

Someone like Westwood earns $12 per hour. Any tips he would receive make up the rest of his hourly income. The option for tips allows people to be paid less than minimum wage. But Joe Biden and the pandemic have taken away the hundreds of dollars that Westwood and others usually are paid daily.

Service providers are no different than any other worker in America. Every person has been affected by the Democrat’s desire to socialize the country. High prices and massive inflation are trademarks of socialism. Supporters of socialism push for things that will increase commodity prices. Every socialist-run country has fallen into ruin because the form of government is not sustainable.

Westwood would state, “If I lived solely off of what I’m earning hourly, I would not be able to afford to live here with my family. We would be in a little run-down studio apartment in a very bad part of town.”

There is no doubt that people will have to keep making cuts to survive the onslaught of attacks from the Biden Administration. For people like Westwood, they are going to have to cut out a lot of the extra things that they have become used to having.

Ashlee Eisenstein works as a waitress in a diner in Phoenix, Arizona. She noted that many of her customers are cutting back on the tips they leave. She reported that the attacks from Biden were worse than the pandemic because people still tipped enormous amounts when they would order food to be delivered to their homes.

Biden and his staff are worse than a killer virus to many people. The virus may have shut down many businesses worldwide, But Joe Biden is forcing people to work for next to nothing because of the higher prices everyone is forced to pay.

Newsbreak reports that the restaurant industry is hit the hardest because of the lack of money that people have at their disposal. Many people are leaving the food industry for other jobs because they cannot pay their bills.

Joe Biden is the cause of the misery that people have to live through. His drive to socialize the country is making life horrible for those working in the service industry. But he will never admit that the terror he is causing is his fault. Like a good Democrat, he will seek to shift the blame onto someone else.