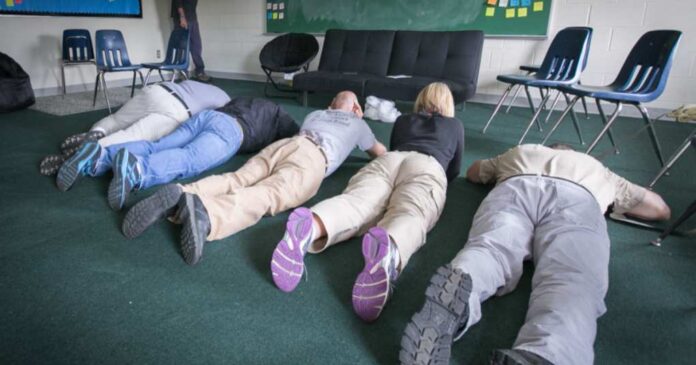 A majority across the board, 67 percent, rate Biden’s handling of immigration issues as either “fair” or “poor.” Of those, 49 percent rate his handling as “poor,” while most independents, 54 percent, give the same rating.

Majorities of every political category – 85% of Republicans, 69% of Democrats and 90% of unaffiliated voters – think the issue of illegal immigration will be at least somewhat important in this year’s congressional elections.

The survey was released on the same day as the Supreme Court ruling 5-4 in favor of the Biden administration ending the Trump-era Remain in Mexico policy.

Migrants taking part in a caravan heading to the US, walk from Huixtla to Escuintla, Chiapas state, Mexico, on June 9, 2022. (Photo by PEDRO PARDO/AFP via Getty Images)

The Migrant Protection Protocols (MPP) program, specifically, “requires migrants seeking asylum in the U.S. to wait in Mexico for their U.S. court hearings,” as Breitbart News detailed. Biden took action on the issue immediately upon taking office, suspending the program and triggering a flurry of legal action:

Biden suspended the MPP on his first day in office, and then his Department of Homeland Security Secretary, Alejandro Mayorkas, issued a memo terminating the policy last June.

However, the U.S. Court of Appeals for the Fifth Circuit in December upheld a lower court’s order that required Biden to reimplement the MPP “in good faith.”

Biden began reenrolling migrants into the MPP in December after negotiating with Mexican government officials. Although the court did not set quotas to determine what a “good faith” reimplementation looks like, Biden is enrolling migrants at a sharply decreased rate from that of former President Trump.