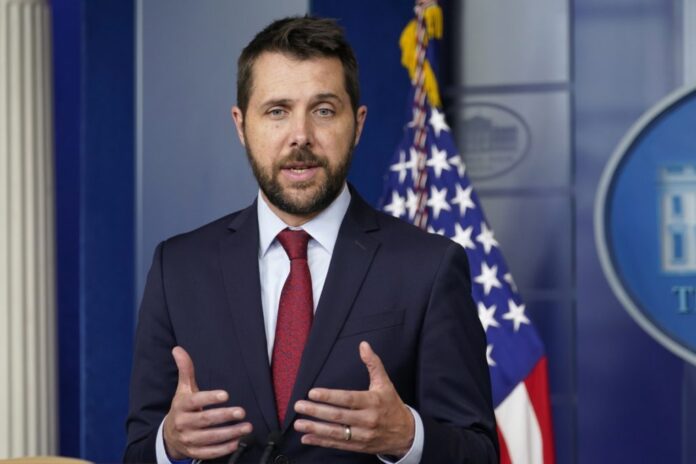 Thursday, during an appearance on CNN’s “Newsroom,” National Economic Council Director Brian Deese defended President Joe Biden’s remarks earlier in the day, claiming Americans may have to deal with higher prices as the world grapples with an aggressive Russian President Vladimir Putin setting his sights on Ukraine.

Deese called Biden’s remarks a claim about what was at stake, which he called the “future of the liberal world order.”

“What you heard from the president today was about the stakes,” he said. “This is about the future of the liberal world order, and we have to stand firm. But at the same time, what I’d say to that family, to Americans across the country is, you have a present administration that is going to do everything in its power to blunt those price increases and bring those prices down. Good news, over the last two weeks, we’ve seen the price at the pump come down about 20 cents, but it is still unacceptably high.”

“That’s why the president, before he was at NATO and the G7 earlier this week, was working to bring the G7 allies together around, exploring something around a price cap to cap the price that can be paid for Russian oil. Which will actually target the pain more directly on Vladimir Putin and not on the rest of the world,” Deese continued. “It’s why you have the president calling for hear at home a temporary gas tax holiday, not only at the federal level but for states to follow the lead and take equivalent actions, as well. And it is why we are engaged with the industry, encouraging them to increase supply, increase supply of oil right now.”

“And also increase that refinery capacity that we know those companies took offline during the pandemic,” he added. “We need to get more of that online, so we get more gas into the system. All of these steps, none of them is a silver bullet alone. But you’ve got an administration working on every angle we can to keep this price reduction we are seeing going.”