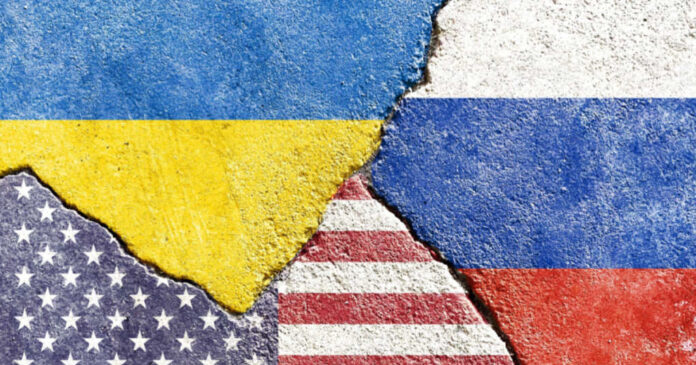 Russia’s been talking more and more about the possibility of World War III. They weren’t able to take down Ukraine as easily as they had hoped. However, it has become abundantly clear that they’re not going to give up and walk away, either.

Now, it seems that they’re looking at other targets beyond the borders of Ukraine.

A Russian lawmaker who is an ally of Putin has named the first city that will be targeted if a war breaks out between Russia and NATO…London, England.

Russia is furious that Ukraine wanted to join NATO. They know that if Ukraine gets in, it’s harder to take them down because there’s more protection. More countries will join forces in order to protect their own.

And now that NATO has officially made Ukraine a candidate for membership, Russia is planning on what it needs to do to show the world that it is serious about taking Ukraine back. And they’ll stop at nothing to defend what they believe is theirs.

Andrei Gurulyov was recently on a Russian state television show, and he was discussing the first target should they have to go to war with NATO. He discussed in great detail how they would attack missile defense systems and space satellites of any and all NATO member nations.

He made it clear that there was a plan. “We certainly won’t start from Warsaw, Paris, or Berlin. The first to be hit will be London.”

Is there a particular reason that London will be the first to get attacked? Perhaps. Russia believes that the threat comes from “the Anglo-Saxons.” London is allied with the U.S., though it’s easier to attack London before crossing the ocean. They would look to destroy all of the important sites in western Europe, which includes immobilizing the energy supply.

While they have a plan, it’s unclear whether they have the means and the manpower to carry out the threat. What they are proposing is significant – and could have a dramatic effect on western Europe and the rest of the world.

Perhaps the biggest truth of it all is when Gurulyov says, “I shall see what the U.S.A. will tell western Europe on continuing their fight in the cold, without food and electricity. I wonder how they will manage to stay aside.”

And there it is. This is all to get in the United States. Rather than they coming to us, they want us to come to them.

There’s no telling when Russia would strike NATO. They have alluded to such things in the past but have chosen not to take any action. Of course, Gurulyov is quick to mention that what he shared is just a rough outline and that he deliberately left out certain aspects because “they are not to be discussed on TV.”

At this point, we have to exercise extreme caution with Russia. It is not just Putin threatening war but other lawmakers are doing the same. London should definitely be taking every precaution – as should Berlin, Paris, and Warsaw since they were mentioned specifically by the Russian lawmaker.

Russia can’t even hold its own against Ukraine. Striking any other country could be their downfall – or at least, that is the hope.

Right now, we have to make sure that we don’t get into World War III. While there’s a good chance they’d lose, there’s no telling how much devastation there’d be until they fall.