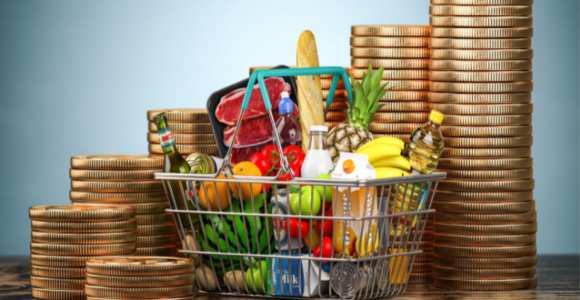 Inflation and spiking interest rates have plummeted consumer confidence to its lowest level in a decade. There’s little optimism that Biden has the wherewithal to reverse the negative trend that has consumers sticking their dollars in gas tanks and being robbed at the grocery store. Major purchases have been put on hold as families struggle to afford the necessities they can’t live without, as high ticket salespeople wonder where their next meal is coming from.

At its lowest level since Feb 2021, the Conference Board said consumer confidence has slipped from 103.2 in May to 98.7 in June and it isn’t slowing down. It’s continuing its downward spiral heading into July with no relief in sight. But wait… it gets worse.

Based on current market conditions and stagnated incomes, the future expectations index fell to 66.4 in June, its lowest since 2013. This is down from 73.7 in May. The business research group said the decline has been consistent and that they fear we’re in this thing for the long haul.

The senior director of economic indicators for the Conference Board, Lynn Franco, told it like it is. “Consumer’s grimmer outlook was driven by increasing concerns about inflation, in particular rising gas and food prices. Expectations have now fallen well below a reading of 80, suggesting weaker growth in the second half of 2022 as well as [sic] growing risk of recession by yearend.”

It’s been 40 years since the dark ominous clouds of inflation have been this fierce, and employers aren’t in any position to offset the storm via pay raises. Some tried but soon surrendered when they discovered that being nice to their employees would quickly run them out of business.

The Labor Department recently delivered a serious blow to the producer price index. The index is supposed to catch inflation before it happens so that appropriate measures can be taken. But when it surges to 10.8% as it did in May, the combative skills of the Federal Reserve are too below par to win the battle. They haven’t as yet run the white flag up a pole but it’s been unfolded and stands at the ready.

The Fed raised interest rates by three-quarters of a point to raise more money for the government’s coffer and they say more rate hikes are on the way.

Especially to prospective homebuyers, this is a big enough deal to put their plans on hold, which ultimately delivers a swift kick in the groin to the Feds. They’ve pushed consumers further away from spending what they would have, but because of the rate hike, they now can’t afford the associated monthly payment and everyone loses. Catch 22.

Gains made by the Feds don’t typically trickle down to the working-class stiffs who are stretching dollars. Not to diminish the plight of Ukrainians or the starving kids in Ethiopia, but at a time when Americans need some of that moola the most, a mammoth portion of it is being sent elsewhere as the nation crawls deeper into the darkened seemingly endless tunnel of despair.

Sorry to have to break the news, but hang on. It’s gonna be one helluva ride.