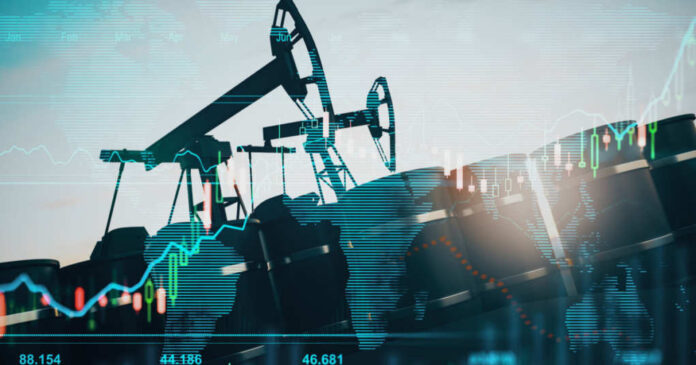 It’s become very, very clear in the past year or so that the constant rise in gas and oil prices, as well as inflation, just might be the thing that ruins Biden and his administration for good. Already, it’s made more than a few million Americans less trusting of him and more skeptical of his ability to lead our nation.

Of course, throughout it all, Biden has tried to place the blame everywhere but on himself. I don’t even think I could actually count, at this point, how many times Biden and his cohorts have said Russia’s President Vladimir Putin and his invasion of Ukraine are at fault for all of this.

And just as naturally, Biden promised he would fix the problem. Of course, he hasn’t. in fact, it seems that every time he makes even the slightest bit of effort to supposedly do so, prices are forced even higher.

His latest, and really only, strategy thus far has been to beg at the feet of Arab oil tycoons for more production.

But those Arab nations aren’t exactly willing or even able to play ball. When Biden went to Saudi Arabia recently, they basically smiled at Biden’s groveling and said, ‘sorry… no can do.’

Biden hasn’t given up, though. He is persistent in his stupidity if anything. With a rejection from the Saudis, his next quest is to hit up the United Arab Emirates and their leader Sheikh Mohammad bin Zayed al-Nahyan, who is often referred to as MbZ in some circles, according to the Daily Mail.

There’s just one problem, though. The UAE isn’t really available to help out Biden either, as French President Emmanuel Macron just made known.

If you didn’t know, the infamous G7 summit is going on currently. Biden is, of course, there, meeting with many other world leaders.

According to Newsweek, Biden had an informal conversation on Monday about gas prices and the need for more oil in the US, where apparently, it was mentioned that Biden’s next step was to beg at the feet of the UAE. Macron must have overheard the conservation and offered some advice, or at least what one might call some game-changing information.

Being apologetic about interrupting and possibly eavesdropping, he said, “Excuse me, sorry to interrupt. I had a call with MbZ. He told me two things. One, I’m at a maximum, maximum… This is what he claims.”

“Second, the Saudis can increase a little bit, by 150 (thousand barrels per day) or a little bit more, but they don’t have huge capacities at least before six months’ time.”

So basically, neither Arab nation can help the US and our oil problems out. Not that they simply won’t; they literally can’t help.

Macron might have added more, but at that moment, Biden’s national security adviser, Jake Sullivan, stepped in, urging that the conversation possibly be taken elsewhere to avoid “the cameras.”

And later that day, the UAE Energy Minister Suhail Al Mazrouei basically confirmed this information as fact. He stated that the UAE was producing “near to our maximum production capacity” at present, and it would continue to do so until their current agreement expired, according to Newsweek.

This means producing more for the sake of the US is definitely out of the question.

Of course, as several social media users pointed out, Biden is doing all this begging and pleading at the same time that he is also considering even more offshore oil and gas drilling bans. We know he’s already delayed new on-shore drilling endeavors and killed a one-million-acre lease sale in Alaska that would have given the US hundreds of thousands of barrels of oil.

And, of course, how could we forget about his nixing of one of the US’s largest and most productive oil pipelines on day one in office…

As one Twitter user correctly described it, it’s “insane.” And that it was that way even before we knew that both the Saudis and UAE were tapped out.

But of course, Biden won’t accept that. Instead, he’ll more than likely continue to work on the only promise he’s actually kept this far in his tenure at the White House: to rid the US of fossil fuels.

Meanwhile, the American people can’t afford to go to work, put food on their table, or do much of anything to help promote our dying economy. And it’s all Biden’s fault…