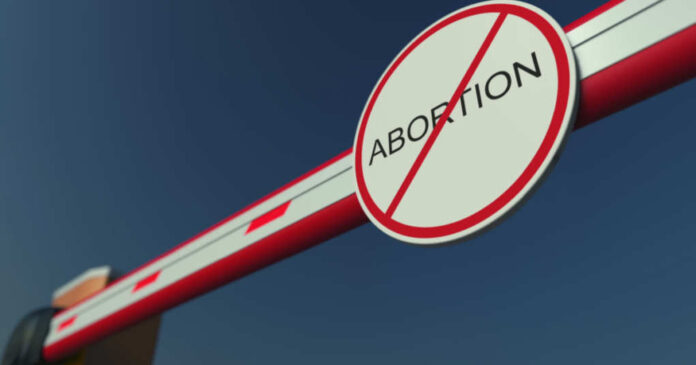 The matter of the right for all the unborn to live has finally been given back to the states to decide how to handle the issue. Many Republican states had already taken the steps before the 1973 court case was overturned to ensure that abortion was either limited or banned once the Supreme Court issued its ruling. And it did not take the Democrats in Tennessee to fight for a new law that took over once the Supreme Court issued its ruling.

The 6th U.S. Circuit Court of Appeals determined that the state’s ban on abortion could take effect without any trouble. The Democrats decided to file a lawsuit against the state, hoping that the federal judge would strike down the new law. Instead of getting what they wanted, they instead got what they deserved.

Democrats believe a woman should be able to murder her child at any time during the pregnancy. The liberals have no respect for life at any stage of development. The new law in Tennessee bans abortive procedures after the six-week mark.

Governor Bill Lee had a statement prepared once the Supreme Court released its ruling. The state of Tennessee is taking a pro-life stance and banning the procedure as early as possible to give the baby every fighting chance of being born.

Lee stated, “Today’s landmark Supreme Court decision marks the beginning of a hopeful, new chapter for our country. After years of heartfelt prayer and thoughtful policy, America has a historic opportunity to support women, children, and strong families while reconciling the pain and loss caused by Roe v. Wade. We have spent years preparing for the possibility that authority would return to the states, and Tennessee’s laws will provide the maximum possible protection for both mother and child. In the coming days, we will address the full impacts of this decision for Tennessee.”

The new law also makes it a crime to try and perform an abortion after the six-week mark. The law exceptions for extreme cases, but overall, lives will be saved in Tennessee. And no amount of Democratic crying can change the new law now that the federal court has issued its ruling in support of the law.

The new law also keeps people from aborting a baby simply because they do not have a child of a particular sex. It also bans abortion based on physical handicaps. The Democrats believe that a child with Downs Syndrome is a prime candidate for abortion. They think that any person with a physical handicap should be put down based on a belief that claims only the fittest can survive.

Ashley Coffield is the president and CEO of Planned Parenthood in Tennessee and North Mississippi. She is appalled those women can no longer come to her and have their unborn killed in her clinics of horror.

Coffield claims, “It is unconscionable that Tennesseans will lose access to abortion in their communities because of this decision. Planned Parenthood remains committed to helping people in Tennessee and Mississippi access abortions outside our state, and our doors are open for non-judgmental information, resources, and financial and logistical support.”

She whines about women not being able to choose what is best for their futures and fails to mention that there is no one fighting for the future of the unborn life. If the woman seeking an abortion did not want to have a baby, she should never have engaged in actions that led up to a pregnancy.