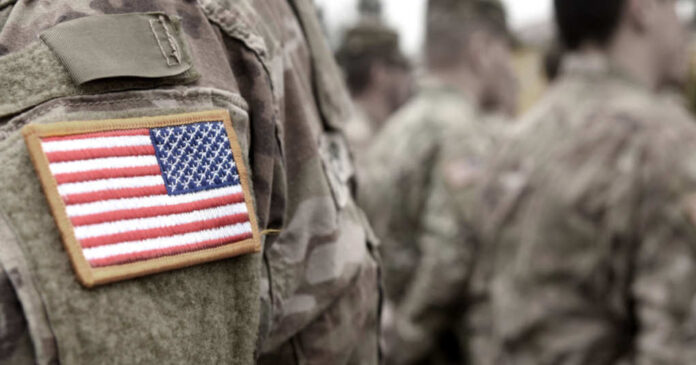 For decades now Active-Duty service members, Reservists, and veterans have consistently been told that they cannot sue the Federal government of their State for mistakes they make. This has been a tremendous source of stress for those currently serving who pay the price for a botched surgery or medical advice.

Those serving in the National Guard or the Reserves have had to worry about their jobs when called to active duty on activation orders. A stressor like this can make for very ineffective troops on the battlefield, but they often don’t hear a word about a work issue until after they have arrived home.

It can be a lot to unpack in a very short amount of time, and while there are protections in place for them compliments of President Bush, the State and Federal government could do what they want. Especially when it comes to reassigning a veteran to a more suitable position when they return home. It’s already hard enough to get them to hold a position while they serve.

Now in a landmark 5-4 ruling, the Supreme Court has ruled that state agencies are not exempt from private lawsuits under the federal laws designed to protect troops. This victory comes for Le Roy Torres, a veteran and former employee of the Texas Department of Public Safety. Due to a service-related disability, he would no longer be able to serve as a state trooper.

Rather than leave completely, he sought a new position that could accommodate his disability. Upon being denied the position, he filed a lawsuit under federal law but found his case struck down in state court. After failing time and again, he appealed to the Supreme Court.

Justice Stephen Breyer penned the majority decision, with Chief Justice John Roberts and Justice Brett Kavanaugh, and other liberals joining in. This is a rather big surprise, as the majority of the liberals have been leaving veterans out to dry for years, but Justice Kavanaugh has been on their side for ages.

While Texas made the argument that states are immune from lawsuits brought under the federal Uniformed Services Employment and Reemployment Rights Act, passed under Congress’s war powers authority. Given the fact that these laws were brought about to ensure those who serve aren’t put at a disadvantage when trying to return to work with a service-related injury.

Surprisingly, a dissent was written by Justice Clarence Thomas. He was also joined by Justices Samuel Alito, Neil Gorsuch, and Amy Coney Barrett. In there he claimed “history and precedent” illustrate that “when the States ratified the Constitution, they did not implicitly consent to private damages actions filed in their own courts — whether authorized by Congress’ war powers or any other Article I power.”

Steve Vladeck, a CNN Supreme Court analyst and professor at the University of Texas School of Law believes many may be surprised by this ruling. “For 25 years, the justices have been wary of Congress’ power to authorize damages suits against nonconsenting states pursuant to any of its Article I powers…In 2006, the court recognized a limited exception for bankruptcy law; today, the court adds a second for the war powers. It’s easy to understand why Congress’ war powers might be unique in allowing the federal government to override the states, but each exception calls the underlying principle into further doubt.”

Anyone who has worked with the state or federal government knows how difficult they can be to work for unless you are a part of the group truly running things. As a veteran, you don’t have much in the way of protection if you aren’t part of that group, especially if you need help following an injury while serving. This is a win for veterans across the US, and rightfully so!!