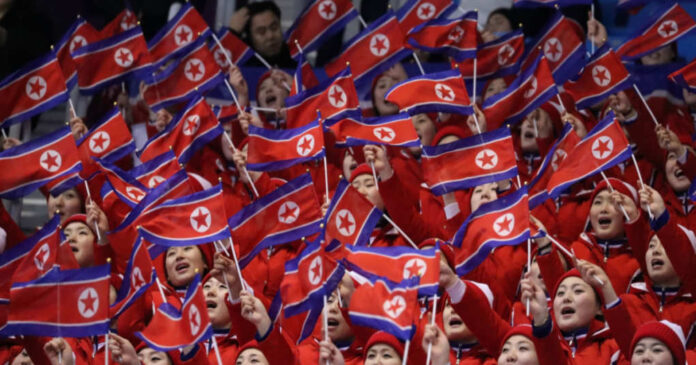 North Korea’s Dear Leader Kim Jong Un is never a happy camper when other countries are grabbing away headlines and attention, he believes he deserves it. He gets even madder when that attention is centered in the Indo-Pacific region, and it goes against his regime and his grand illusions of massive power.

In response to this new tripod of power, Kim is proclaiming that his nation is now on a massive call to arms and to reinforce its military. In their eyes, this serves as even more proof as to why they should be pursuing a nuclear program and being on the defensive all the time. Currently, they are proclaiming that they are ready for their first nuclear test in five years.

As is tradition, the North Korean Foreign Ministry has been chomping at the bit to say something after this new pact was announced.

“The prevailing situation more urgently calls for building up the country’s defense to actively cope with the rapid aggravation of the security environment of the Korean Peninsula and the rest of the world… The chief executives of the U.S., Japan, and South Korea put their heads together for confrontation with (North Korea) and discussed the dangerous joint military countermeasures against it including the launch of tripartite joint military exercises.”

For decades now the US has been working extensively with South Korea and with Japan. While these two nations have been able to come together and work together as well, it has only been with US involvement, and when facing specific threats, or from trade. The idea of doing tri-lateral military drills, especially war games, has been completely foreign to both countries.

This sidebar conversation between these countries during the NATO summit was a great way to ensure that not only was North Korea paying attention but that the whole world knew things would be changing. While North Korea sees it as a rehearsal for a potential invasion, these exercises are proof that they are ready should Kim decide to become the aggressor instead of just rattling his saber.

According to President Biden, the “deeply concerning” actions taken by Kim recently are what helped to force this meeting. With his continued ballistic missile testing, Kim has been acting like a toddler throwing his toys around because he isn’t the consistent focus of attention. Much like any good disciplinarian, these three nations stand ready to spank him and put him in time out should this temper tantrum hurt them.

Officials from Washington have long said that they wish no ill will toward North Korea and that they are there only to help keep the peace. Naturally, those in Pyongyang are not buying this, and see the move to work with South Korea and Japan as nothing more than a reason for them to buttress their nuclear defenses and to be ready for a pending invasion. Should the US decide to lift its economic sanctions against them, then Kim would be willing to drop the nuclear build-up.

Sadly, for both Kim and his people, that won’t happen if his nation keeps pushing for nuclear arms. These sanctions are intended to hurt the entire regime, but thanks to some back-door cooperation from China and potentially others, it is only impacting the working people of North Korea.

The Workers’ Party of North Korea and its high-ranking members are well taken care of. They have access to smuggled-in US foods, the best possible medical care, and want for nothing. All of this comes off the broken backs of the common North Koreans.

For them, unless the military or the government suddenly recognizes talent in them, there is no hope to rise to a higher status than they are now or to even be fed better. Maybe Kim is right, maybe it would be better if we just invaded. At least we know he’s weaker than the Taliban.