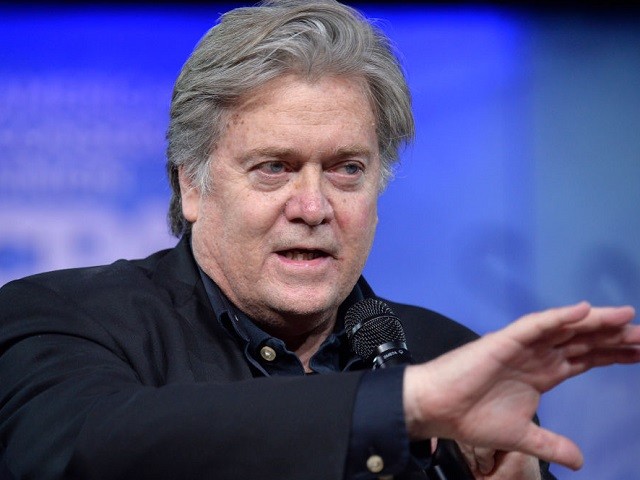 Police said they were responding “to a report of an individual with a mental health crisis. He was making threats that he shot someone. No victim has been found,” according to NBC reporter Frank Thorp, who added that an officer told him a man claimed to have “a rifle.”

The scene took place at Bannon’s Washington, DC, home at 10:45 a.m., during a live broadcast of his show, War Room. Bannon did not pause the show as armed police swarmed his house.

“Honey badger don’t give a fuck,” Bannon told Breitbart News in a statement about the incident.

“Police shut down streets near the Supreme Court and the Capitol for about one hour, prompting fears of an active shooter. About 12:30 p.m., police reopened the streets after determining that there was no shooting, no weapon, no threat and no victim,” The Washington Post reported. The Post also reported police were “heavily armed,” and “walked through the rowhouse and spoke with those inside to ensure it was safe.”

The Post added that a police spokeswoman said the call “appears to have been a ‘swatting’ attempt” against Bannon, the former chairman of Breitbart News.