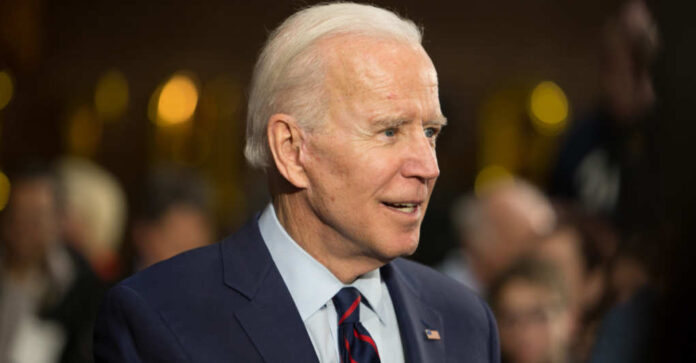 A group of A-team celebrities, including Debra Messer of the former television series “Will and Grace,” huddled their voices, along with White House aides, in a conference call to discuss the overturning of Roe v. Wade.

The call was gloomy and the participants were distraught.

It took the celebrities, all of who had campaigned hard for Joe Biden, three full days following the Supreme Courts’ decision to get somebody, anybody, on the phone.

At a time when the president needed to be responding to the public outcry quickly, just as with the U.S. economy, he hadn’t done anything outside of mumbling a few words he didn’t write as he squinted at a teleprompter.

Welcome to the White House where urgent matters are handled at the speed of a decrepit wounded turtle.

This applies to all urgent matters, and to hear the Democrats on Capitol Hill tell it, those celebrities don’t know what real frustration is. As one Dem. Congressman put it, the White House is “rudderless, aimless and hopeless.”

CNN’s flower children were curious enough to get to the heart of the problem that was rapidly destroying what remained of their credibility. They interviewed two dozen top White House Democrats, some aides from the West Wing, and a few operatives who all said the same thing.

It isn’t so much Biden’s ideologies or his stance on certain issues as much as it is a total cluster-bang from the complete mismanagement of the administration. Officials are running into walls and experiencing one long delay after another if anyone responds back to them at all.

The White House knew six weeks in advance how the Supreme Court was going to vote on Roe v. Wade via a draft decision. Despite this, nothing was done in advance to prepare for the inevitable onslaught that was to come.

They’re still wrestling with the best way to word Biden’s official response that’ll be way too little and come way too late.

Even White House counsel Dana Remus got caught with his pants down. He’d told senior aides that SCOTUS wasn’t going to be ruling on the issue that day. A White House press aide on her way to get coffee was the first to find out what happened when she received an alert.

A few hours later is when Joe Biden appeared in the West Wing foyer to incoherently read a couple of paragraphs as several Dem politicians stood in the background, off-camera, mocking him. It was too late to ward off the thundercloud of protestors already shooting lightning bolts his way from the streets surrounding the White House.

Democratic politicians from around the country are tired of putting in all the work only to have the White House disregard an issue they can’t fix by themselves. Potential White House staff members sit on pin cushions for months waiting to find out if the vetting process is over and when they can expect to be able to report for duty.

The Biden Administration doesn’t have time to schedule any of the all-important White House events that give politicians an opportunity to rub elbows and talk a little business on the side. These were always a big hit and there were lots of them.

Now, these events are far between and only a handful of invitations are sent out.

Aides are still scratching their heads over Biden refusing to take accountability for the baby formula shortage. The clog was no doubt the fault of the Food and Drug Administration and the West Wing discombobulating anything and everything, and someone, or people, should have received the ax and had their firing splashed all over headlines.

Biden’s handlers missed a golden opportunity to make their puppet look like a hero for getting to the bottom of things he wasn’t even aware of but should have been.

So there you have it. It’s worse than probably thought, but probably no more so than you expected.

There’s lots more going on within the wayward administration, but this ought to give you enough to chew on for now. Use your imagination for the rest. It’s more than likely spot on.