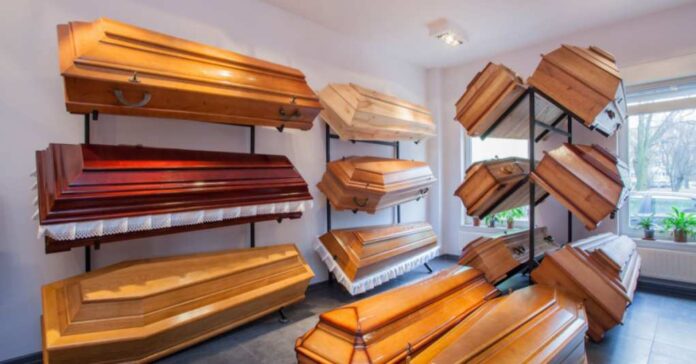 Every now and then, you hear a chilling tale that tells you just how far the nation has slipped. Criminal activity isn’t prosecuted nearly as frequently as it should. It allows other criminals to create unthinkable scams with the assumption that they’ll get away with it.

Crime deterrents are clearly not a focus for the Democratic Party.

That’s what has led to a mother-daughter team working a “body broker service” that they ran out of the funeral home the two owned.

The team, based in Colorado, is being forced to appear in court to answer for charges of mail fraud – among other things.

Megan Hess, the daughter, has pled guilty. Shirley Koch, the mother and owner of Sunset Mesa Funeral Home has pled not guilty – though there’s a change-of-plea hearing this week.

The two women allegedly established Donor Services, a nonprofit, so that they could collect cadavers and body parts to sell to buyers within the scientific and medical community.

Imagine finding out that your grandmother was not actually cremated or buried as the funeral home told you – and instead, was sold to the medical community for experiments.

To say that you’d be horrified is an understatement.

The indictment identifies that Hess and Koch received permission on some occasions from family members to collect tumors and small tissue samples. What they didn’t seek permission for is the other parts that they took – including torsos, limbs, and even heads. In some instances, they sold the entire body.

When families were given the remains, it was not the remains of their loved ones, according to a report by the New York Times.

Thanks to the profits that the scheme generated, the Sunset Mesa Funeral Home offered some of the most affordable cremation services around. They provided their services to the population of Montrose, Colorado – a city of approximately 20,000 people, about an hour outside of Grand Junction.

The Daily Sentinel has also said that Hess and Koch took advantage of the poor and desperate so that they could maintain their inventory of body parts.

Selling off body parts wasn’t the only thing the women were guilty of. Documents were often forged so that buyers thought that they were getting bodies that had a clean bill of health. Instead, some had tested positive for diseases like hepatitis and HIV. The documents, however, showed that all were negative.

By Hess pleading guilty to mail fraud, some of the other counts of mail fraud along with a charge of transporting hazardous waste, will be dropped.

Hess told the U.S. District Court that she’s taking responsibility and that “I exceeded the scope of the consent, and I’m trying to make an effort to make it right.”

Many family members don’t believe that the plea agreement is enough. Others want to hear that the women admit guilt inside of an open court.

What these women have done is illegal and more than a little disturbing. Yet, with most of their charges being dropped, they don’t face nearly the kind of sentencing that they should.

It’s yet again proof that the Democrats aren’t really concerned about reducing the amount of crime. People can do the unthinkable and walk away with little more than a slap on the wrist.