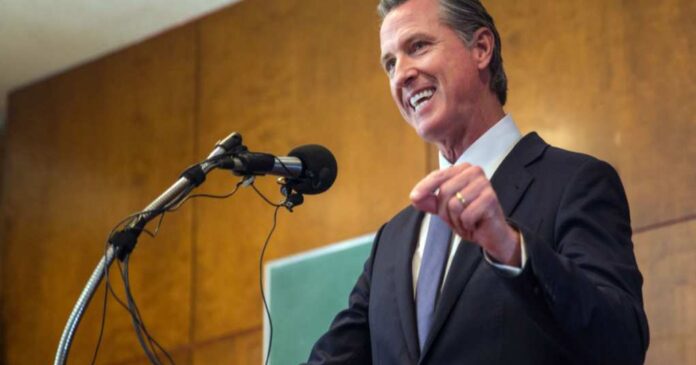 Gavin Newsom survived his recall vote last year, which means that his ego has grown immensely. He feels that he’s untouchable and that he has the brand of politics that everyone wants. While that’s not the case at all, try telling that to someone who has more hair gel than common sense.

Recently, Newsom decided that he’s going to run for president in 2024. He also decided that his biggest competition is going to be Ron DeSantis, even though the Florida governor hasn’t made a formal announcement of his plans yet.

Rather than wait until after the midterms are over and wait until it is customary to begin campaigning, Newsom decided that it was best to start the attacks right away. He’s invested millions in billboards across the state of Florida.

And the latest move is to start running ads. One ad even claims that freedom is being assaulted.

Hmm. Freedom being assaulted…in Florida. Perhaps Newsom is confused. After all, he locked his state down hard during COVID. People couldn’t go into hair salons or gyms for over a year. Even when the state started to open up, people had to show COVID vaccine cards just to get into a restaurant. That doesn’t sound like freedom.

Still, he claims that the real robber of freedom is DeSantis.

The charges are laughable, to say the least.

In Florida, according to the slick-headed governor of California, books are being banned, speech is being restricted in classrooms, and women and doctors are being criminalized.

He’s referring to the conservative approach to protect children as well as to ensure that everyone gets a shot at life.

What DeSantis and other like-minded conservatives have done is remove books from school libraries that focus on over-sexualizing the youth. The conversation of sexuality and gender out of grades K through 3 has been banned. And abortion is illegal unless the health of the mother is in question.

That’s when Newsom goes in for the jugular, asking for Floridians to Join the fight or join us in California, where we still believe in freedom. Freedom of speech. Freedom to choose. Freedom from hate.”

Is this Newsom’s latest way to boost tourism? So many people have been moving OUT of California over the past two years that U-Haul can’t even keep up with the demand.

If he were being honest with himself and every Floridian he’s pitching his state to, he’d be talking about the high crime, the massive amounts of homeless on the streets, and the highly taxed fuel costs.

As Sara Gonzales, the host of “The News & Why It Matters” on BlazeTV tweets in response to Newsom’s ad, ““The only freedom you allow in California are the freedom to do drugs, commit crimes, kill babies, and s[***] in the streets. No thanks, Mussolini.”

Christina Pushaw, DeSantis’s press secretary, tweeted another response that is just as epic: “#1 U-Haul Salesman of 2021 increasingly desperate to communicate with Californians who fled his left-lib dystopia for Florida. Sorry, you aren’t getting those U-Hauls back.”

It’s clear that the lines of war have been drawn. Newsom has no idea that he isn’t getting anyone back to his state. His time as governor is going to be up soon enough. And if he thinks he actually has a chance at getting into the Oval Office, he’s truly allowed that hair gel to seep into his brain.