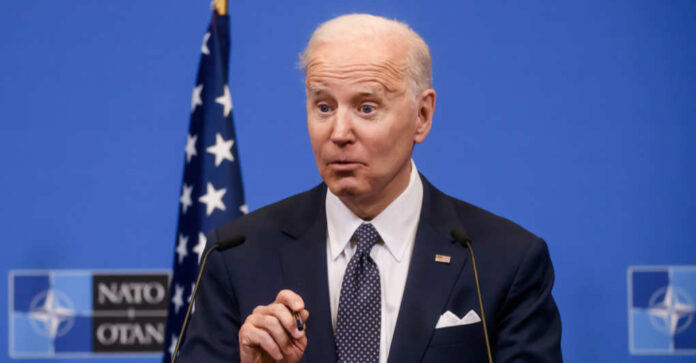 For a publication that strongly supported Joe Biden’s candidacy in 2020 and did not confirm the authenticated “laptop from hell” until a year after Biden came into office, the Times has become very hostile towards Biden. The criticisms have ranged from Biden’s lack of response to mass shootings and the Supreme Court’s recent rulings to articles about Biden’s elderly age and lack of Democrat support.

On June 11, Reid J. Epstein and Jennifer Medina of the Times wrote an article titled “Should Biden Run in 2024? Democratic Whispers of ‘No’ Start to Rise.” The article took aim at Biden by highlighting Democrats’ frustration and doubt about “the president’s ability to rescue his reeling party and take the fight to Republicans”:

Midway through the 2022 primary season, many Democratic lawmakers and party officials are venting their frustrations with President Biden’s struggle to advance the bulk of his agenda, doubting his ability to rescue the party from a predicted midterm trouncing and increasingly viewing him as an anchor that should be cut loose in 2024.

As the challenges facing the nation mount and fatigued base voters show low enthusiasm, Democrats in union meetings, the back rooms of Capitol Hill and party gatherings from coast to coast are quietly worrying about Mr. Biden’s leadership, his age and his capability to take the fight to former President Donald J. Trump a second time.

Interviews with nearly 50 Democratic officials, from county leaders to members of Congress, as well as with disappointed voters who backed Mr. Biden in 2020, reveal a party alarmed about Republicans’ rising strength and extraordinarily pessimistic about an immediate path forward.

On June 27, the Times‘ Jonathan Martin and Zolan Kanno-Youngs wrote the article titled “Biden Irked by Democrats Who Won’t Take ‘Yes’ for an Answer on 2024.” The article focused on the White House trying to “tamp down speculation about plans to seek re-election, while aides say President Biden is bristling at the persistent questions”:

Mr. Biden has been eager for signs of loyalty — and they have been few and far between. Facing intensifying skepticism about his capacity to run for re-election when he will be nearly 82, the president and his top aides have been stung by the questions about his plans, irritated at what they see as a lack of respect from their party and the press, and determined to tamp down suggestions that he’s effectively a lame duck a year and a half into his administration.

Mr. Biden isn’t just intending to run, his aides argue, but he’s also laying the groundwork by building resources at the Democratic National Committee, restocking his operation in battleground states and looking to use his influence to shape the nomination process in his favor.

This account of Mr. Biden’s preparation for re-election and his building frustration with his party’s doubt is based on interviews with numerous people who talk regularly to the president. Most spoke on the condition of anonymity to discuss private conversations. But several said the president and his inner circle were confounded by Democrats’ discussions about a Plan B when the one person who has defeated Donald J. Trump has made clear he intends to run again.

On June 28, the Times‘ writer Shane Goldmacher penned an article titled “Democrats Press the White House for a More Assertive Response to Roe’s Fall.” The article slammed Biden for a “painfully inadequate” response to the overturning of Roe v. Wade:

President Biden and the Democratic leadership had months to prepare for the fall of Roe v. Wade, and even after a draft ruling was leaked in May, they had weeks to muster concrete plans to counteract a once-unimaginable outcome that suddenly seemed inevitable.

Yet as Republicans celebrated the culmination last week of a methodical 50-year campaign to topple the right to an abortion in America, the initial response from the president and his party — exhortations to vote, calls for contributions, micro-websites portraying Republicans as extremists — struck even many fellow Democrats as painfully inadequate to meet a moment of peril.

“It didn’t seem like there was a game plan,” said Nina Smith, a Democratic strategist.

On July 7, the Times‘ writer Frank Bruni wrote an opinion article titled “Joe Biden Had Better Pay Attention.” The piece focused on Biden’s weak response to gun violence in the Democrat-controlled city of Chicago but gave the paper an excuse to slam Biden for the “crisis of confidence around” the president:

As if November 2022 weren’t causing Democrats enough grief, November 2024 won’t wait. Biden’s age, dismal approval rating and seeming inability to inspire confidence in the party’s ranks have created an extraordinary situation in which there’s no ironclad belief that he’ll run for a second term, no universal agreement that he should and a growing roster of Democrats whose behavior can be read as preparation to challenge or step in for him. I’ve never seen anything quite like it.

He has dimmed since his inauguration — that’s indisputable. And the crisis of confidence around him is a difficult environment in which to campaign for a second term. If that gives him pause, if he’s hesitant in the least, he should announce as soon after the midterms as possible that he’s limiting himself to one term so that Pritzker, Newsom, Kamala Harris or any number of other prominent Democrats have ample time to make their cases for succeeding him.

Pointing out Biden’s flaws and cataloging his failures is one thing — and is arguably constructive, inasmuch as it points him and his administration toward correction — but the kind of second-guessing, contingency planning and garment rending that many Democrats are currently engaged in is another. It threatens to seal Biden’s and his party’s fate.

On July 9, the Times‘ Peter Baker wrote an article titled “At 79, Biden Is Testing the Boundaries of Age and the Presidency.” The article ripped the president for his “plans to run for a second term” while “his age has become an uncomfortable issue for him and his party”:

Just a year and a half into his first term, Mr. Biden is already more than a year older than Ronald Reagan was at the end of two terms. If he mounts another campaign in 2024, Mr. Biden would be asking the country to elect a leader who would be 86 at the end of his tenure, testing the outer boundaries of age and the presidency. Polls show many Americans consider Mr. Biden too old, and some Democratic strategists do not think he should run again.

It is, unsurprisingly, a sensitive topic in the West Wing. In interviews, some sanctioned by the White House and some not, more than a dozen current and former senior officials and advisers uniformly reported that Mr. Biden remained intellectually engaged, asking smart questions at meetings, grilling aides on points of dispute, calling them late at night, picking out that weak point on Page 14 of a memo and rewriting speeches like his abortion statement on Friday right up until the last minute.

But they acknowledged Mr. Biden looks older than just a few years ago, a political liability that cannot be solved by traditional White House stratagems like staff shake-ups or new communications plans. His energy level, while impressive for a man of his age, is not what it was, and some aides quietly watch out for him. He often shuffles when he walks, and aides worry he will trip on a wire. He stumbles over words during public events, and they hold their breath to see if he makes it to the end without a gaffe.

On July 11, the Times‘ Shane Goldmacher wrote a second negative article about Biden titled “Most Democrats Don’t Want Biden in 2024, New Poll Shows.” The article chronicled the Times/Siena College polling, which revealed only one percent of voters view Biden’s economy as excellent. It also noted that few Democrats approve of Biden:

President Biden is facing an alarming level of doubt from inside his own party, with 64 percent of Democratic voters saying they would prefer a new standard-bearer in the 2024 presidential campaign, according to a New York Times/Siena College poll, as voters nationwide have soured on his leadership, giving him a meager 33 percent job-approval rating.

Only 13 percent of American voters said the nation was on the right track — the lowest point in Times polling since the depths of the financial crisis more than a decade ago.

Mr. Biden has said repeatedly that he intends to run for re-election in 2024. At 79, he is already the oldest president in American history, and concerns about his age ranked at the top of the list for Democratic voters who want the party to find an alternative.