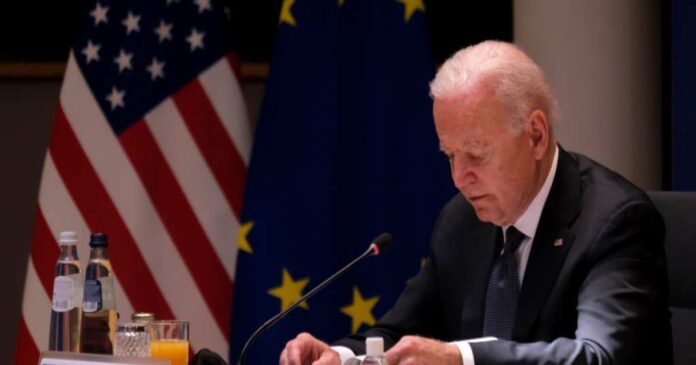 “It has gone down for 30 days in a row,” Biden said defensively after Mexico President Andr?s Manuel L?pez Obrador commented on the high cost of gas in the United States.

Obrador and Biden discussed gas prices during a meeting at the White House on Tuesday.

At the time of Biden’s remarks, the national average for the cost of a gallon of gas was $4.65 according to the AAA data, after topping record high of $5.01 a gallon in June.

Although gas prices have moderated somewhat, they still remain higher than their previous peaks in 2008, when the average price for a gallon of gas was $4.11 according to economic data from the St. Louis Fed.

Under former President Donald Trump, the average cost for a gallon of gas never got higher than $2.96.

Obrador boasted gas prices in Mexico across the border from the United States were only $3.12 a gallon, as he has applied government subsidies to keep prices down.

“Right now, a lot of the drivers — a lot of the Americans — are going to Mexico, to the Mexican border, to get their gasoline,” Obrador said, adding that Americans should be able to cross the border to purchase fuel.