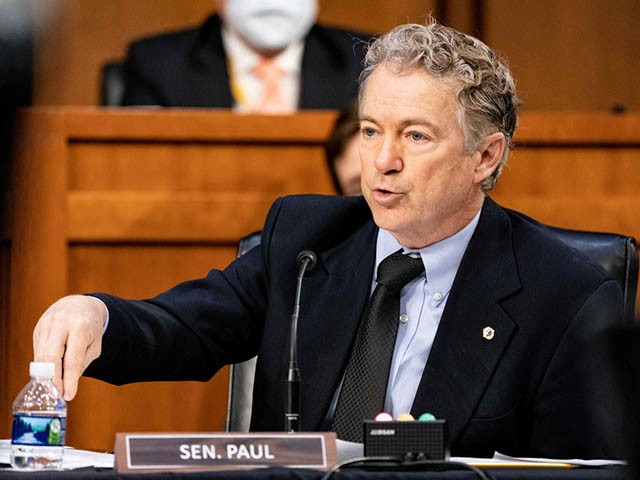 Senator Rand Paul (R-KY) is critical of how Biden administration health officials are informing the public on the latest COVID-19 variant.

One thing you didn’t hear is, is it deadly? Is anybody going to the hospital? Do people actually know they are ill who are getting the subvariant? There are statistics and we should be honest with people. Omicron itself was about 90% less likely to put you in the hospital than the first variant, you know, from the wild type the year before.

So, if no one is telling you any information, how can you make any judgment other than the emotionalism and the sensationalism of the government. So instead of giving us facts, they give us sensationalism.

One thing we do know, though, for those who are saying you need to take 25 boosters, we do know that the vaccine for Omicron was five times less likely to be effective than it was with the first initial virus. So, one question you might ask these people that are telling you, you have to get vaccinated and vaccinated and vaccinated, how come the flu vaccine changes every year and they’re not willing to change this vaccine?

Now you might have me with an argument. I’ll listen to you if you tell me we’ve got a new vaccine that actually has something to do with the current virus, but they are telling me they want me to take five, 10 vaccines for a disease that we are now five or six or seven iterations away from the original virus.

So these people should be discounted. They should be fired from office and largely ignored because they’re just not honest people and they’re not following the science.