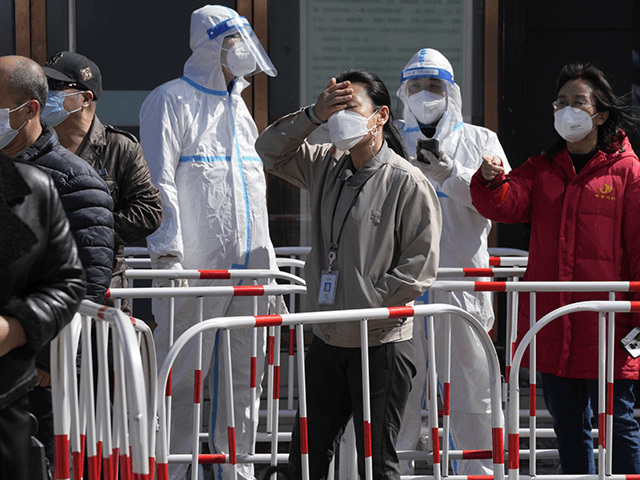 As Breitbart News reported earlier in the week, county officials had warned that a mask mandate could be re-imposed by month’s end if the ongoing surge of highly contagious variants of coronavirus continued:

According to a briefing Thursday by L.A. County Public Health Director Barbara Ferrer, authorities will reimpose the indoor mask mandate if hospitalizations — currently at 8.4. per 100,000 — reach 10 per 100,000 and stay there for two weeks.

The rise of new and highly contagious variants of COVID-19 is driving the new surge in infections.

On Thursday, Ferrer announced (via KABC-7) that according to the Centers for Disease Control and Prevention (CDC) standards for community levels of COVID-19, the county had entered the “high” level — driven by data showing 10.5 hospital admissions per 100,000 people — an 88% increase since a month ago.

Ferrer added that if the community level remains high through July 28, the county would immediately begin to reimpose indoor mask mandates on July 29.

Schools are still expected to open on time, according to state officials, perhaps fearing an electoral backlash in November.