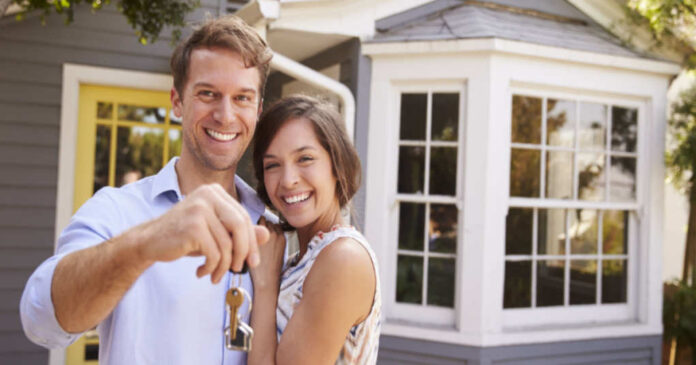 Anytime a new report from President Biden’s administration is released, something is inherently wrong. Either the figures are showing new problems on the horizon, or they are exposing the old problems as being worse than we thought. It’s not that the man cannot catch a break, it’s that he refuses to take the steps to do the right things for the country, and also give himself one.

The June jobs report from the Bureau of Labor Statistics (BLS) was just released and it’s a bit of a doozy. While the report shows a net increase in jobs, it’s the slowing of construction that worries many. Including the National Association of Realtors’ chief economist. With an increase of only 13,000 construction jobs in June, this figure represents a loss of ½ the construction job creation that was generated in May. According to the chief, this could exponentially slow further construction jobs and have a ripple effect on housing prices.

Lawrence Yun, chief economist at the National Association of Realtors is another housing expert who sees big problems on the horizon because of this report from BLS. “Housing costs have been soaring, both to buy and to rent. This is a consequence of multiple years of underproduction of new housing units. To relieve shortages, we need more construction of homes. The fact that there appear to be some job cuts in residential construction and contracting jobs (in today’s job data) is not the trend we want to observe. We need to build more by hiring more.”

While Yun admitted the creation of 372,000 jobs was “of course, good” he worries about the mortgage rates soaring once again. “It…means the direction of interest rates will be higher. Home sales have been coming down this year, back to pre-pandemic levels after the gangbuster performance of the past two years, due to a steep fall in housing affordability. Alleviating the housing shortage therefore will help with affordability.”

With the BLS report also indicating the underemployment rate remained consistent at 3.6%, the areas experiencing the most growth were professional and business services, leisure and hospitality, and health care. Major industries such as retail trade, financial activities, and government were stagnant in their growth.

For many Americans, the breathing room they hoped to see coming to their housing market due to the interest rate hikes has not happened yet. Even with 5.75% or higher rates, people are still buying homes left and right. The problem is, that these buyers are cash buyers. People who either sold their last house for well over the purchase price of their new home, or investors who have the disposable cash to buy a house and not worry too much about the price. They are also able to make much more attractive offers than a traditional mortgage shopper.

Moody’s Analytics Chief Economist Mark Zandi recently spoke with Newsweek about the problem. “It’s a pretty tough time to be a first-time homebuyer now. High mortgage rates are combined with high house prices, and affordability is being crushed. So, first-time homebuyers are getting locked out of the market.” The relocation of remote employees from major cities to smaller towns across rural America is making it much more difficult as well.

Yet now due to President Biden’s inability to lead, and his inability to properly do what is right for the American people, this dream is starting to look like a nightmare to some, an impossible fairy tale to others. Until President Biden gets his act together, none of this will resolve itself, and inflation will only worsen.