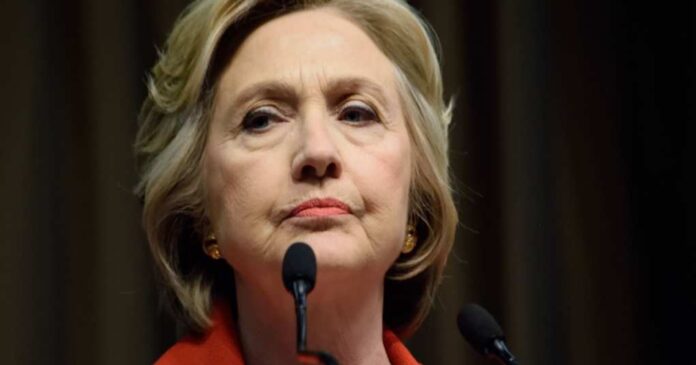 A curious thing was posted online following the death of former Japanese Prime Minister Shinzo Abe. A tweet was supposedly made from Shinzo’s Twitter account, allegedly from right before he was gunned down. According to The Associated Press, the tweet apparently shows Japanese characters that translate to “I have information that will lead to the arrest of Hillary Clinton.”

Now, to be clear, that’s not what characters actually translate into, nor is the account that made the tweet one that actually belonged to Shinzo.

As the AP determined, “Abe’s verified Twitter account uses a different username and profile picture than the ones shown in the altered image.” The text also roughly translates to “to repeat, I.” Nothing about Hillary Clinton or having information to incriminate anyone.

So basically, the whole thing is a hoax and a falsehood.

But that’s not what’s so interesting about this incident.

Instead, what’s curious about the false tweet is that this is not the first time someone high on the political ladder has died, and tweets supposedly incriminating Hillary have been made from that person’s supposed account.

You might remember that following the death of Supreme Court Justice Ruth Bader Ginsberg back in 2020, a similar tweet was made. Again, the tweet claimed to have incriminating evidence against Clinton. And, again, the Twitter account used to say so had no real connection to the recently departed, as the AP reported. In fact, RBG didn’t even have a Twitter account.

So why do tweets like this keep going out?

Well, to be sure, no one seems to really know – other than to start more rumors and keep up the drama that surrounds the Clinton name.

However, at this moment, it is curious, as another presidential election is rounding the corner, and several have implied that Hillary just might try to make a run for the White House again. Now, as you likely know, the former Secretary of State has made no real announcement stating that she either will or won’t run come 2024.

But she has seemingly tried to make herself more politically relevant in the last few months. She’s making more public appearances. She’s given a few speeches. And, of course, how could we forget about her recent documentary, which includes what would have been her victory speech, had she beat Donald Trump back in 2016.

Hell, she has even gone public with her disapproval of how Biden is running things and, in doing so, seemed to offer herself up as a legitimate alternative to the Democratic Party’s current leadership issues.

Not that any of us think she would actually have a chance to either win the Democratic nomination or a general election against, well, anyone at this point, especially if Trump decides to run again.

And this hoax tweet only seems to make that all the clearer.

I mean, as far removed as Hillary Clinton is from current politics and as tainted as her name is, someone is still trying to make a very real point of just how shady and criminal she is.

Logically, if one wanted to shake up politics a bit in this way, you would think that they would suggest incriminating evidence for someone actually still in play, you know, someone like sitting president Joe Biden or even Donald Trump himself.

Instead, they are still talking about Hillary Clinton. What this means, if anything, is that there are large swaths of the US and the American population, in general, that won’t ever trust her again and, furthermore, won’t ever vote to put her in office again.

More than anything, this false tweet solidifies her as a has-been and a failed one at that. If she had any sense, she’d take that knowledge to heart and keep her head and name out of the game. Better to go out with the little she has left than to further disgrace her name by another failed run or even an attempt to gain some respect back.