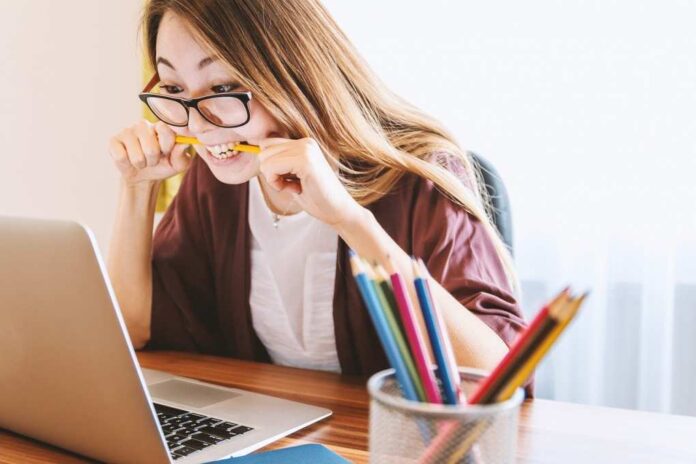 Why do we continue to believe anything that Joe Biden says? He made so many empty promises during his presidential campaign.

Even the Democrats are disappointed by President Biden. After all, when someone says that they’re going to do something, we believe them. He spoke so passionately about various subjects when he was coherent that we thought we could count on those things actually happening.

Millions with student loan debt were excited about the possibility of student loan forgiveness. It’s something that he talked about early on in his campaign and even when after getting elected.

We all knew that he wouldn’t go for Elizabeth Warren’s suggestion of canceling $50,000 worth of student loan debt. However, he did talk about dismissing at least $10,000.

While it’s not exactly what’s best for the economy, it is certainly better to spend government money on the needs of Americans than handing it over to residents of other countries.

And, if enough people get help paying off their student loan debt, they’ll have money to boost the economy. It could be a win-win for everyone.

That’s not going to happen, though.

It seems that President Biden forgot that it was one of his campaign promises.

For a guy who says that he doesn’t have any mental health issues, he sure forgets a lot.

When Biden was talking to the New York Times last week, he commented “The idea that you go to Penn and you’re paying a total of 70,000 bucks a year and the public should pay for that? I don’t agree.”

Well, there goes that promise.

Most Republicans weren’t sure why he would make such a promise, anyway. It seemed like it was promised more to appease the far-left Democrats. However, there were plenty on both sides of the political line with student loan debt that would have liked to see a forgiveness plan passed.

We all know that it wasn’t a fiscally sound promise. However, he made the promise.

And now that he’s backing down on it, he’s angering quite a few liberal senators – including Elizabeth Warren and Chuck Schumer.

What does this mean? Well, it means that there’s a division in the Democratic Party…again.

Biden keeps doing this. It’s as if he has a few moments of clarity and forgets that he’s supposed to be on the side of the liberals. Then, to retaliate, they pull him even further to the left on the next issue.

He does have a point, though. Why should the public pay for someone who goes to an elitist school? Everyone makes decisions. They decide what school they will attend and how much debt they are comfortable with getting themselves into.

What’s scary is that Alexandria Ocasio-Cortez does not understand that. When she found out that Biden has rejected the $50k student loan debt proposal, she tweeted, “Who cares what school someone went to? Entire generations of working-class kids were encouraged to go into more debt under the guise of elitism.”

Of course, Americans are still trying to figure out why we have to pay for the debt of other countries. And the healthcare of illegal immigrants. And so many other things that the Democrats have fought for in budgets and stimulus packages.

This campaign promise that Biden has decided to ditch is acceptable. It involves spending too much money in a way that won’t benefit enough people. If he did want to help, he could simply cancel the interest. Let people pay back their loans without paying the interest.

What’s concerning is that Biden seems to be ditching all of his campaign promises. It leaves us wondering…which one is next?