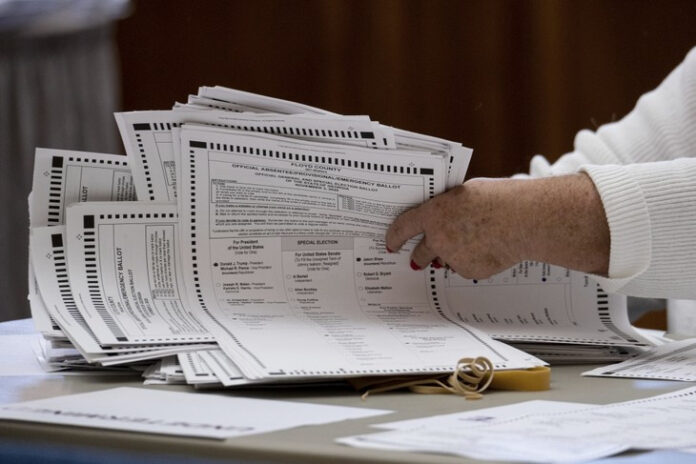 Voters in Georgia are not as confident about the election results as the elected officials seem to be after they have finished a massive recount and audit effort. Fulton County, Georgia, is under the gun again because people are not trusting the audit that state officials did. So they are demanding that a private entity do a new audit.

The fight for 145,000 absentee ballots hit the courts and ended up being very favorable for voters. People are not as confident about the election results as they have been in the past. The Democrats destroyed all trust in the system when they acted suspiciously and secretly in 2020.

The court ruling demands that “approximately 145,000 absentee ballots cast and counted in Fulton County, Georgia, must be copied and turned over for inspection to Plaintiffs in lawsuits brought in the aftermath of the outcome of the November 2020 presidential election contest in Georgia.” People were ticked off the way the Democrats acted the night of the election.

And, of course, the Democrats are back at it again, calling the effort a massive hoax because they are afraid of the truth. The media is working hard to discredit the voters that want this private audit to take place. There is nothing wrong with the people demanding honesty and integrity from their elected leaders.

State Democrats can do nothing about it since the money is privately donated and is back by the voter and poll workers that sued the state election process for the right to restore honesty to the election process.

Robb Pitts is the Fulton County Chairman, and he has had nothing good to say about the people wanting to audit the auditors. He blasted the effort by claiming, “This conspiracy theory about counterfeit ballots has been trotted out by proponents of the ‘Big Lie’ across the country and shot down every time.” The effort by the private sector to reveal the truth will only restore the faith.

Pitts seems on edge because there might be something that liberals are covering up and do not want the public to know about it. He would have every reason to sweat bullets, knowing full well that his neck is on the line.

Voters have spoken, and there is nothing the elected officials can do now that the courts have intervened. There is no reason why Pitts should even care about the ruling since his people are not going to be doing the audit. All they have to do is open the results, copy the ballots, and hand them over to the private entity.

One report noted that “What’s happening in Georgia is that a group of voters and election observers are contending that fraudulent absentee ballots were inserted into the votes of Fulton County, the state’s largest and home to Atlanta.

They will be inspecting the county’s 145,000 ballots and taking digital images of the ballots to be ‘distributed to experts for forensic inspection’ because they believe they will prove that some of these ballots were not legitimate.”

The private audit is only to reveal if fraud exists. Democrats are opposed again because deep down, they know that they fraudulently acted with disgrace. They took something that was not theirs to have. And now that Biden is sitting in the office, the people are suffering because of their greed.

The poll watchers saw some pretty hairy things take place that raised suspicions. The private citizen is the final voice in the United States. The Democrats seem to have forgotten that America is a Republic ruled by the people and not the politicians.

The Tea Party Patriots Foundation supports the effort pushed by the voters and the poll watchers. Their President Jenny Beth Martin declared that it is a victory for the voter. She noted that “For the American people to accept election results, there has to be confidence in the process. As of right now, there is a lack of confidence in that process and that confidence must be restored. Today’s ruling is an important step in giving us the answers we need to move forward and rebuild trust.”