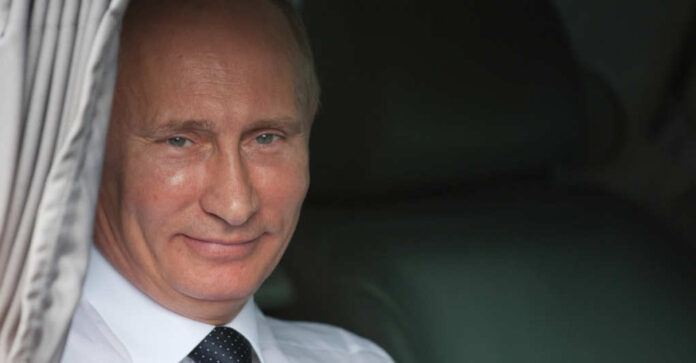 It was only a matter of time before Iran linked armpits with Russia. Putin got in a little too deep in Ukraine so the Iranians are gonna help him finish the job he started. With a hardy “Allahu Akbar,” they’re boxing up several hundred drones, some pre-loaded with bombs, to ship to the Kremlin via the cheapest worldwide carrier.

National security advisor Jake Sullivan made the announcement, but he also said there wasn’t much concern that Russia would take Kyiv with all the support the city is receiving from the West. He instead emphasized the severe beating Russia is being dealt, especially in terms of heavy equipment losses.

“Our information indicates that the Iranian government is preparing to provide Russia with up to several hundred [unmanned aerial vehicles], including weapons-capable UAVs on an expedited timeline,” he said. “It’s unclear whether Iran has delivered any of these UAVs to Russia already.”

“This is just one example of how Russia is looking to countries like Iran for capabilities that … have been used before we got the ceasefire in place in Yemen to attack Saudi Arabia.”

Iran is deploying its own team of experts to train the Russians and it should take very little time to get them up and running. They’ll run through a couple of test bombings and everyone should be good to go.

“We will continue to do our part to help sustain the effective defense of Ukraine and to help the Ukrainians show that the Russian effort to try to wipe Ukraine off the map cannot succeed,” Sullivan added.

Research program director in the Russia Studies Program at the Center for Naval Analyses, Michael Kofman, said the Russians have lost an excessively large number of combat drones that they don’t have the capacity to build and replace. Enter: Iran.

In a sorted way, this is good news. The death and destruction the new drones will cause won’t be, but the indication that Russia’s getting desperate, certainly is.

Iran isn’t doing this out of the goodness of its butthole. Combat drones and munitions don’t come cheap, and because of Russia’s economic isolation from the West, excuse the pun, the Iranians are making a killing.

Sullivan said the information is absolutely accurate. Not only has the U.S. invested tens of billions of dollars in the form of weapons, humanitarian aid, and enough ammunition to achieve world domination, additional investments have been made elsewhere.

Not a day passes that Ukrainian leaders aren’t ringing up the White House, and vice-versa. Zelenskyy doesn’t want to only defend his country against the Russians, he aims to push ‘em back, push ‘em back, way back…and it’s intel that’s allowing him to do it.

Ukraine hasn’t suffered nearly as many heavy equipment losses as the Russians have. This is largely due to effective intel sometimes allowing Ukraine to know more about Russia’s next move than they themselves know.

Once all of the new drones are blasted out of the sky like all of the others have been, it’ll put an end to the worry. Putin’s pockets are full of nothing but lint and he’ll be begging to negotiate.