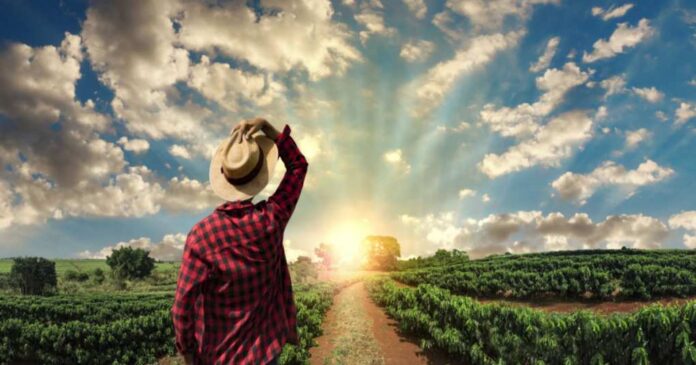 This has been a rough year for farmers in the Netherlands. With the conflict in Ukraine greatly impacting demands for their products, and new climate proposals coming from their government, they are fighting an uphill battle to produce their goods.

Over the last few weeks, the Dutch organizers have been staging protests nationwide against plants to cut nitrogen oxide emissions from farm manure, as well as a reduction in the use of ammonia in fertilizer by 2030. While Government officials say it is necessary to reduce these “harmful” pollutants, the farms contend that these standards would destroy their livelihoods. To demonstrate how choked off their ability to provide would be, the farmers have used tractors to block highways and cut off supermarket distribution centers.

On July 5th police had enough of these protests and fired what they called warning shots toward the protesters. Several in the group were arrested after they drove their tractors towards officers at a highway entrance in Friesland. According to the protestors, there was no need for officers to fire, as they were not under threat. Numerous videos of the events have surfaced, and it appears as if these officers are just bad shots, and not firing warning shots.

Dutch farmers’ interest group LTO has demanded an investigation into the incident as a result. According to the police union ACP, this was an incidental event that should not increase tensions between the group and law enforcement. On the 6th, law enforcement announced that an official investigation was underway due to shots being fired.

These incidents follow previous forms of protests targeting supermarket distribution centers. The day before a group of approximately 40,000 farmers formed a tractor convoy in the central Netherlands, interrupting traffic flows across the country. Setting hay bales on fire along roadways, and demonstrations at their local city halls have been the protests of choice in other areas. According to these farmers aviation, construction, and transportation are being left alone while they are being singled out despite farming being far less harmful to the environment.

To make the target goals, farmers will be forced to significantly reduce their number of livestock, and farms with heavy ammonia production will be facing charges. In June the government said, “The honest message … is that not all farmers can continue their business.” This message is one farmers in America are all too familiar with. Between radical environmentalists, animal rights protestors, and ever-tightening government regulations they are facing an uphill battle to even stay afloat.

Unlike in the US, these Dutch farmers have taken their protest to the Dutch parliament building. There, Dutch Prime Minister Mark Rutte said the farmers have the right to protest but must do it within the letter of the law. A far cry from the message being delivered by many members of the left here in the US. “Freedom of speech and the right to demonstrate are a vital part of our democratic society, and I will always defend them. But it is not acceptable to create dangerous situations, it is not acceptable to intimidate officials, we will never accept that.”

These Dutch farmers are doing their best to provide their country with the best possible meat, fruit, and vegetables possible. What their government is suggesting is a plan that would not only take years to properly execute, but they would also need to come up with an alternative to help reduce the outputs. Problem is, that these are naturally occurring processes of the animal’s life and are inevitable. Perhaps instead of targeting these farmers, they can target other industries that contribute far more to the problem than the already tight-budgeted farmer.