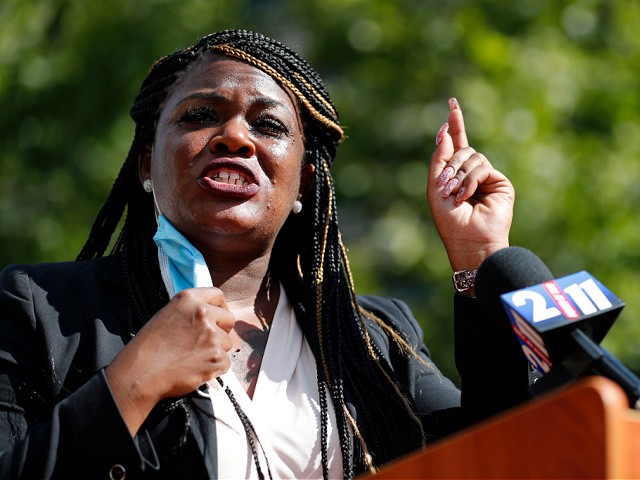 During the 2022 quarter-two election cycle, Bush spent $89,265.67 on her private security detail. Her nearly $90,000 on campaign security is more than $50,000 higher than her campaign’s second-largest expenditure for fundraising services, Fox News reported.

Close to two-thirds of her second quarter security spending went to a security agency that frequently posts against gun control laws, while the rest went to two individuals who share an address with Bush’s campaign.

Peace Security, whose Facebook page is littered with anti-gun control posts, was the biggest recipient of Bush’s security cash, hauling nearly $60,000 from her campaign. The remaining money went to Courtney Merrits and Nathaniel Davis, whose reported address in the filings is the same as Bush’s campaign headquarters.

Bush spent the most amount of campaign cash on security than any other of her “Squad” members.

“I have private security because my body is worth being on this planet right now,” she added.

Although many Democrats ditched the “defund the police” slogan after polling found the movement highly unpopular with voters, Bush is one of the few Democrats left advocating for the policy.

Speaking with Axios, Bush said she “absolutely” feels the pressure from her Democrat colleagues in Congress to drop the slogan and added that she has “had colleagues walk up to” her about it.

“I always tell [fellow Democrats], ‘If you all had fixed this before I got here, I wouldn’t have to say these things,'” Bush told Axios.