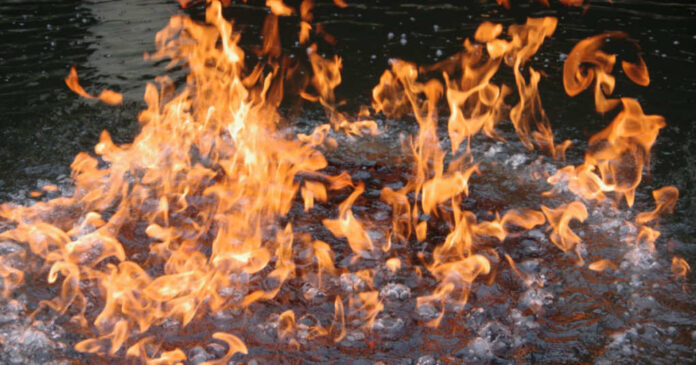 Veterans gave almost everything to serve their country. And we all benefited because we have our freedom. Unfortunately, veterans have found that they have been left with unfortunate and unwanted souvenirs from their time overseas.

Burn pits were set up on many foreign bases as a way to deal with the trash. And the smoke being inhaled by everyone nearby was toxic. They just didn’t know it at the time.

After breathing in toxic smoke for days, weeks, and months on end, people have had catastrophic long-term health effects. This includes cancer, respiratory problems, and more.

Veterans have been fighting for YEARS to get the Veteran Affairs offices to acknowledge that there were burn pits and that their deteriorating health is a result of them. Finally, we have reached the point where veterans are getting the attention that they need.

And the House just passed a measure that will provide even more benefits.

While many will say that it’s a day late and a dollar short, we do have to look at the upside. There are too many issues happening all around us to focus on the negative. So, let’s see what the federal government is finally doing right, at least for those who served in the military.

A bipartisan bill was passed in the House last Wednesday so that health care and benefits exposed to burn pits overseas are finally going to get what they need. The package will be sent back to the Senate, after making just one change.

The days of veterans having to suffer in silence and be grateful for what they do receive is over. Veterans are being encouraged to come forward to say what their problems are and what needs to be done.

Several senators have been particularly vocal about getting this package passed through Congress, including Jerry Moran (R – Kansas) and Jon Tester (D – Montana).

The Senate approved the legislation quickly last month with an 84-14 vote. Members of the Veterans Affairs Committees in the House argued about a provision that would boost staff in rural areas. A quick change that would prevent the VA from buying healthcare providers out of their contracts allowed the vote in the House to pass with 342-88 support.

It’s not too often that we see such broad bipartisan support of a bill these days. It shows that regardless of being Republican or Democrat, there’s still the need to take care of veterans. Everyone knows that the country would not be what it is today without the sacrifices that have been made by veterans over the past century.

Many within Congress have experienced the burn pits or at least seen firsthand the devastation that comes from the burn pits. Representative Mariannette Miller-Meeks (R-Iowa) explained, “exposure to these substances can lead to severe, life-altering disease.” She went on to say that many have found that it’s almost impossible for some veterans to prove that their condition is a result of the toxins they were exposed to during their military service.

Once the bill passes through the Senate once more and is signed off on by President Biden, the VA would be required to provide care and benefits to veterans in a “responsible, fair way.”

One thing that almost everyone in Congress can agree on is that this is legislation that is long overdue and desperately needed. Once signed, veterans should be celebrating that they finally are being recognized.