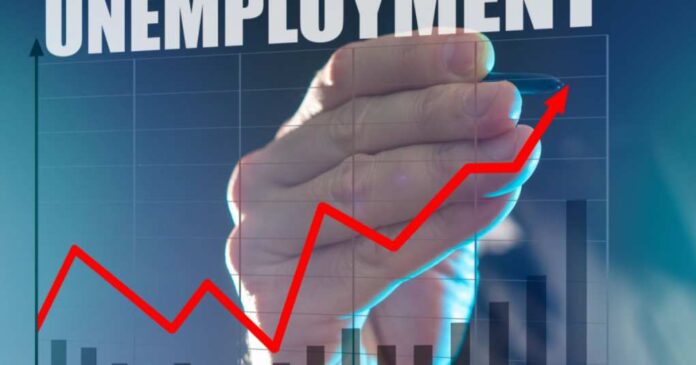 Unemployment…it’s something that the liberals love because people have to depend on the government. During the heart of the pandemic, we saw millions of claims. And people stayed on for as long as possible because they were making MORE money thanks to the generous additions that were voted on by the Democrats.

For a while, we saw that unemployment claims started to wane. People were getting back to work.

We could get the economy back on track if we could just get everyone back to work.

And the whole unemployment claim is a joke. Look anywhere. There are businesses hiring.

There are only two reasons why people would file for unemployment: they want to mooch off the government or they’re too proud to take one of the lower-paying jobs that are currently out there.

For the week that included the 4th of July holiday, it was the largest hike in unemployment insurance since November of last year. The initial claims, according to the Labor Department, jumped by 9,000.

We’re headed toward a recession, though – and that’s all the doing of the Biden administration. Companies are facing a significant number of uncertainties. As such, they’re cutting positions. They’re laying people off.

The labor market had been holding strong, even with the rise of interest rates. However, it’s likely that the Federal Reserve will hike up those rates more as a way to try to fight inflation. And that’s certainly going to reduce the demand for workers.

Bloomberg reported, “In recent weeks, companies such as Alphabet Inc.’s Google and Microsoft Corp. have said they’ll slow hiring in a time of global economic uncertainty. While many of the job-cut announcements have come from the tech sector, others in housing, autos and energy have also warned of letting workers go.”

We’re in big trouble as a nation. And it would be a lot easier to digest if the Biden administration were to a) admit that there’s a problem, and b) identify that there is a bipartisan plan that will help to provide relief to the economy.

This isn’t a game that anyone should have to play. Yet, with unemployment claims on the rise with the numbers expected to grow over the coming months, it’s one that we’re forced to play.

Let’s hope that we can keep things afloat until the midterms. Hopefully, once we get the GOP at the helm, things will start to turn around for the better.