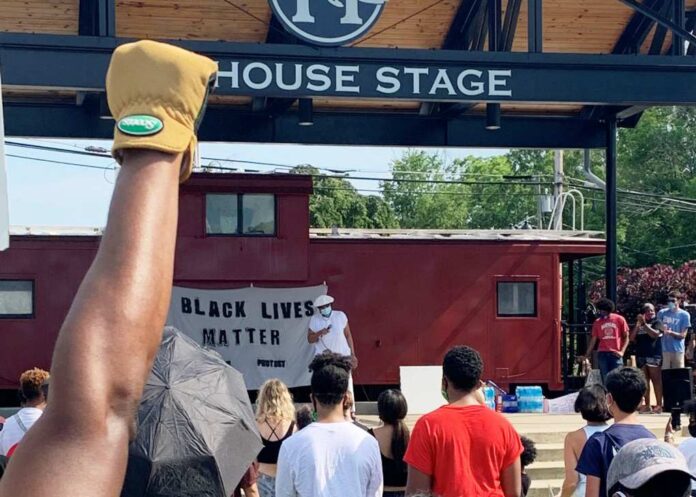 According to the political left, any crime committed against someone of minority descent, except for Jews or Asians and especially if they are Black, is considered to be a hate crime. And when the victim of the crime also happens to be a Black Lives Matter activist, well, you better be prepared for an onslaught of this narrative to be shoved down the world’s throat.

Unsurprisingly, this is precisely what happened this past week, after the tragic shooting of BLM activist Sasha Johnson in London, England.

Black Lives Matter UK was quick to assume that the shooting was targeted and related to Johnson’s work against anti-Black racism. And as such, the organization wasted little time in tweeting out some absurdity about this was an attack on “all of us.”

They wrote, “Any attempt to intimidate or silence (Johnson) is an attack on all of us. Touch one, touch all. We pray that she will pull through this and those who threatened her life are held accountable.”

And following on their heels, Diane Abbott, the Labour Party MP, made a similar tweet, also implying that the attack was due to Johnson’s role in the fight for racial justice.

“Black activist #SashaJohnson in hospital in critical condition after sustaining a gunshot wound to the head. Nobody should have to potentially pay with their life because they stood up for racial justice.”

But, contrary to all assumptions made by the left, it appears that this was actually not a hate crime, not related to race, and not even a targeted attack.

According to Scotland Yard’s Detective Chief Inspector Richard Leonard, Johnson was attending a party “in the back garden on an address in Consort Road. Sasha was among around 30 guests at the party.”

It was just before 3 am when “four black males wearing dark clothing” entered the garden. “(I)n the ensuing melee a firearm has been discharged, injuring Sasha. The suspects… then fled the garden.”

Leonard said that while his team was still working to “establish the motive for this attack,” “nothing has been brought to our attention that suggests Sasha was targeted.”

And Metropolitan Police Service Commander Alison Heydari confirmed this idea, telling the Guardian, there is “nothing to suggest Sasha was the victim of a targeted attack.”

Even a friend of Johnson, Imarn Ayton, doesn’t believe the attack was meant for Johnson or race-related. She told BBC that instead, it seemed to be “more related to rival gangs as opposed to her activism.

Of course, BLM and the Taking the Initiative Party or TTIP, of which Johnson was a member of the leadership committee, apparently aren’t satisfied with this story.

According to them, the police are covering things up. TTIP responded to police statements by saying the group was “disgusted” that law enforcement is “not acknowledging that this is a hate crime or a targeted attack at worst.”

Could it be so strange to believe that rival gangs are still a problem in many of the world’s large cities? I mean, gang crime has been in existence for centuries now, from everything from petty theft and robbery to homicide and rape.

And yet, the political left suddenly wants us to believe that it’s no longer an issue? That race relations are now the world’s biggest problem?

Apparently, racism is the new COVID-19. Forget about deaths from pneumonia, cancer, or even gunshot wounds. They are all now COVID-related.

The same must also go for this new leftist narrative. It wasn’t a gang crime, a robbery gone wrong, or anything the evidence seems to suggest. Instead, they want you to think that Sasha Johnson became the victim because of her race and activism, despite the fact that the suspected attackers share her race.

But, you know, that’s shoddy police work if the TTIP is to be believed – something to once again prove that systemic racism as they see it is the real problem and reason why the world is in such a mess.

What a load of rubbish.