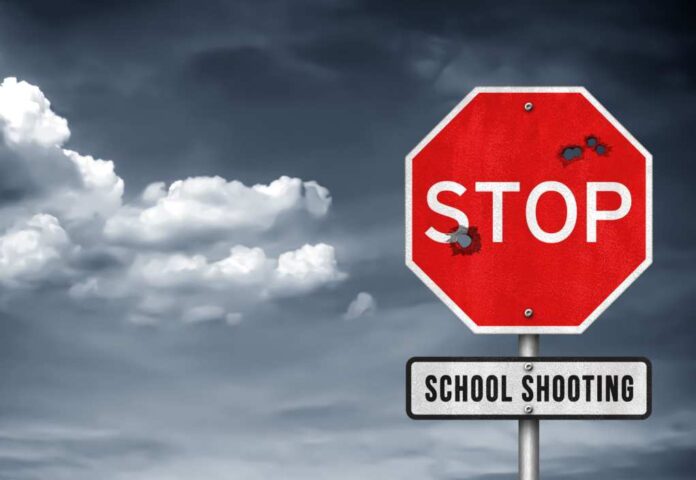 The heroic mother who saved her children during the elementary school shooting in Uvalde, Texas has some words for the police officers who were on the scene.

Angeli-Rose Gomez said this to the police who she blames for their inaction and for holding back her parents: “Turn in your badge.”

Gomez was placed in handcuffs outside of Robb Elementary School on May 24.

But after convincing an officer to release her, she jumped over a fence and pulled her two sons out of the building herself. This mother spoke with Fox News Digital last week, this was before a 77-page report was released that focused on the “systemic failures and egregiously poor decision-making” of law enforcement officers who responded to the tragic shooting.

There were almost 400 law enforcement officers on the scene according to the report, but it was uncoordinated and chaotic. The report stressed that police prioritized their own safety over the lives of students and teachers. They waited an hour before confronting the 18-year-old gunman Salvador Ramos.

Gomez had this to say to the police on the scene, “Turn in your badge, this isn’t the job for you, you aren’t willing to protect and serve. If you can’t own up to your job, turn in your badge. You let everyone down. All need to turn in their badge. All the cops mistreating us outside need to be punished. If they would’ve just left all the parents would’ve done way more than they would’ve done.”

She spoke personally about not knowing where she found her bravery. She said she just kept thinking, “I am not going to stand here and wait for my kids to die and wait for them to tell me hours later that my kid is dead.”

These harsh words for the police came along with the release of surveillance and body camera footage that showed how officers walked back and forth in the hallway, even though they were heavily armed and equipped with body armor, helmets, and protective shields. They spoke on the phone, sent text messages, and reviewed floor plans, but they did not enter any classrooms.

Gomez admitted how rough things have been since the release of the video footage. She said that it feels like they are back at square one believing that the police just did not do anything. She said, “It is just horrific.” Later, describing how her son is reacting to the information, Gomez said, “It is just unforgiving.”

She just can’t understand how the police did not react the way that she did. She said, “Horrible just seeing them standing there, one getting hand sanitizer, another on his phone. Other police officers being held back.”

The footage contradicted what police had been saying about needing to wait for the equipment they needed. Gomez said that this proves that they were lying to them from the beginning. Added to this frustration is knowing that the police mistreated parents outside by holding them back and tasing them.

This mother also reports that police have harassed her since the shooting. They parked outside her house and followed Gomez.

She said that many parents are questioning whether their children will return to school after the summer break. She also said that teachers are planning to not return.

While some kids were in summer school in their town, there was an immigrant speed chase near the school. Students had to hide under their desks again. Gomez is sad because things are still not ready for what may come.

Maybe there does need to be a turnover, officers turning over their badges so others who will act can wear them.