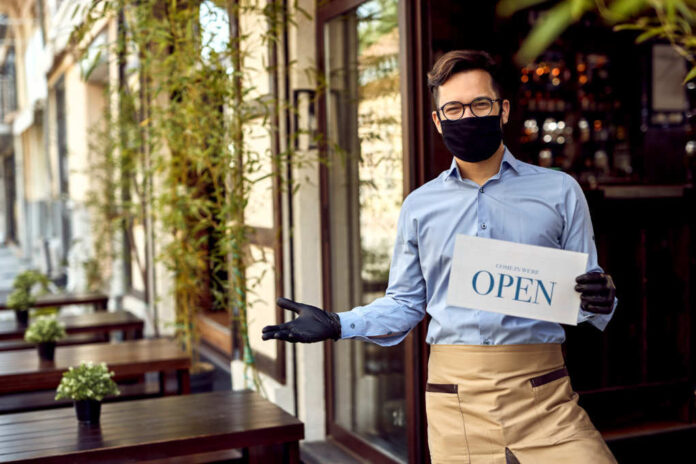 Small business owners, for years, were the backbone of the economy. They helped to keep the economy thriving. “Shop local” was a concept that people loved because it meant that they were supporting those within their own communities.

Unfortunately, Biden’s America doesn’t believe in providing support to small business owners. Whenever something happens, the support is given to the box companies like Walmart, Home Depot, and Amazon.

As a result, small business owners are hurting – and many are wondering how much longer they can stay in business.

There’s a harsh reality that the small business community is facing. Based on a Small Business Revenue Report produced by Alignable, after polling small business owners, 47% say that they’re at risk of being closed by the fall. It’s considerably higher than anyone thought possible.

Chuck Casto, the head of content marketing at Alignable explains, “It shows just how difficult the recovery is for many businesses this summer, given the multitude of hurdles they’re facing while trying to improve the financial health of their companies.”

Small businesses don’t have executives making millions. They’re not giving their department heads six-figure bonuses. And they’re not able to buy at the same level of bulk that the box companies can do – which can end up reducing the “per item” cost in many instances.

As a result, small business owners can’t keep up with the demands of doing business in 2022. Products are more expensive because the transportation costs are higher. Employees are demanding more money, too, because of what was known as “The Great Resignation.”

It’s hard to pay more because there’s not a lot of money hitting the bottom line, to begin with.

At every turn, small businesses don’t stand a chance. And the Small Business Administration isn’t offering the kinds of loans and support that were once offered.

The Biden administration is content to let the small businesses die. They’re not the moneymakers for the government anyway. They’d rather let Amazon, Apple, Walmart, and all of the others thrive because that’s where the bigger corporate taxes come from.

It’s all about the money for Biden and his gang of liberal lackeys.

They’re just forgetting about one important tidbit. Approximately half of all Americans are employed by small businesses. The harsh truth is that businesses with less than 100 employees are the ones who employ the most American workers.

If we let small businesses die, nearly half the country will be unemployed. And if you think we’re headed for a recession and tough times now, just wait until something like that happens.

There are a few industries being hit harder than others – retail stores, construction companies, auto dealerships and repair shops. Though, that’s not where it ends by any means. Small health and wellness practitioners are finding it hard to maintain clients as people have lost their discretionary spending. Restaurants are losing out on business because the cost of goods has skyrocketed. And even real estate agents are struggling due to the higher mortgage rates and the low housing inventory.

Something has to be done. Yet, Biden would rather fight about abortion rights even though it affects a much smaller percentage of Americans. It’s proof yet again that he has no concept of what Americans need and want.