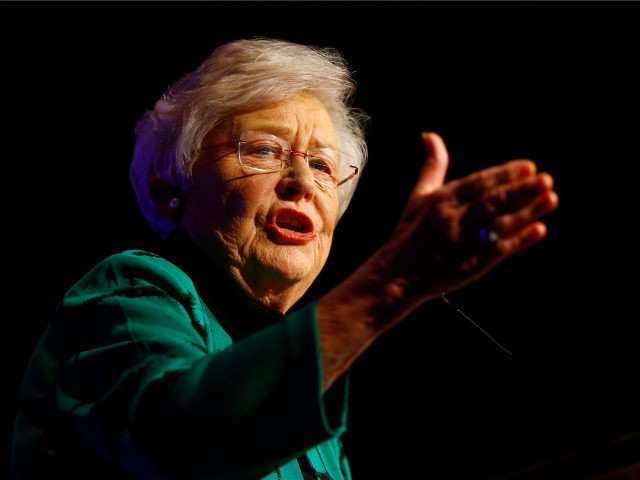 Many GOP governors have been sitting back, letting the loudest states do all the work. You know the culprits – Texas, Florida, and South Carolina. They’ll get the job done.

It’s nice when another GOP state jumps into the game, though. It makes it easier to prove that there’s a point.

Alabama has finally jumped in to fight against vaccine passports. Republican Governor Kay Ivey has chosen to sign Senate Bill 267, which will ban coronavirus vaccine passports in the state.

This has been a significant debate across the U.S. Are we going to require people to get vaccinated or simply highly encourage it?

At this point, people should be able to choose. Especially if they want to travel within the U.S. or enter various businesses, they shouldn’t have to prove whether they’ve been vaccinated or not.

Traveling outside the U.S., well, that’s up to the various countries – and we’ll have to honor those requirements should we wish to travel to those states.

The bill that was just signed in Alabama is a mighty one. It prohibits state and local governments from issuing vaccine passports to residents of the Yellowhammer State. It also prevents businesses from refusing service to customers based on vaccine status.

Since the development of the #COVID19 vaccine, both Dr. Harris & I have said that we wouldn’t mandate vaccines in AL. I’m supportive of a voluntary vaccine & by signing this bill into law, I’m only further solidifying that conviction. #alpolitics pic.twitter.com/Sw23e1eIfz

Employers can still choose to require their employees to get vaccinated, however – that was not included within the bill.

Governor Ivey was clear when she tweeted about signing the bill: “Since the development of the #COVID19 vaccine, both Dr. Harris & I have said that we wouldn’t mandate vaccines in AL.” She’s supporting voluntary vaccinations and wants to sign the bill to solidify her convictions.

Of course, Ivey isn’t saying not to get vaccinated. However, she’s realistic about why some people would choose not to. She has been vocal that she’s been vaccinated and that she encourages Alabamians to roll up their sleeves to get the shot.

The vaccine passport, however, is too divisive.

If the goal is to establish unity in the country, we can’t start dividing Americans based on who does and does not have a vaccine passport.

It’s insane that there are Democrats who want to fight about this.

They find it divisive to ask for photo ID when voting because it’s too hard for black and low-income people to obtain IDs. Yet, they’ll prevent people from traveling or even entering businesses if they don’t have a vaccine passport.

Democrats need a good history lesson. They need to see how entire countries became divisive when there were various plagues. It caused many communities to fall to their knees because they weren’t able to get the supplies they needed.

And this is what the Democrats will cause if they push the issue. Too many people outside of major cities won’t get vaccinated. Why? Countless reasons – trust, lack of transportation, medical concerns, and the list goes on.

Democrats are trying to erase history, though. What doesn’t exist can’t be used to change their minds, right? Let’s not try to use common sense to address the issue. That would be crazy.

SB267 was first introduced to the state in February by State Senator Arthur Orr, a Republican. It was passed by the State Senate in April and the House last week.

Now, it’s also important to note that Alabama has joined the ranks of several other states to have prohibited vaccine passports – including Arizona, Texas, Florida, Montana, Idaho, and South Dakota.

They’re not going to be the last, either. Plenty of other states are looking to provide choice to its citizens, too. And, it’s not just GOP states, either. Pennsylvania, Tennessee, and Nebraska have vocalized their intent to ban passports, too, identifying that it should be a personal health choice rather than a government requirement.

Hear, hear for common sense! Too bad New York is the first to launch a COVID-19 vaccine passport, complete with a digital platform. The liberals, if given their way, would turn us into a communist country where the government would watch our every move.

Thank goodness for Alabama’s governor choosing to finally get in the game by passing the necessary legislation.