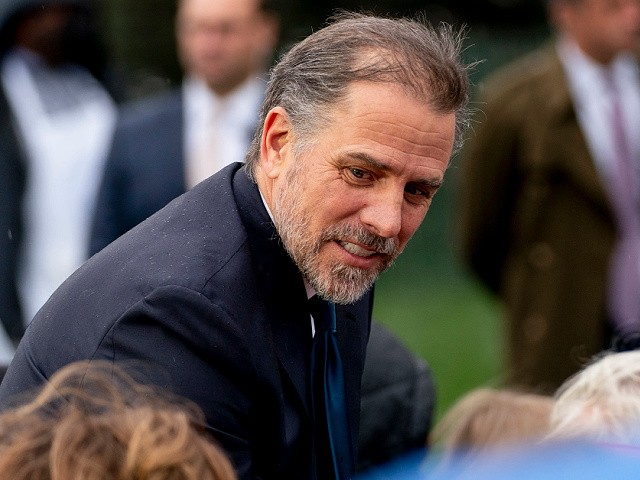 Experts said recently it was a possible crime that could result in him being sent to prison.

The report noted Biden was registered as a lobbyist for domestic interests but not under the Foreign Agents Registration Act (FARA).

In addition, Biden could reportedly face charges regarding tax violations and lying about illegally buying a firearm.

The probe, which has been ongoing for years and debated for months among Justice Department officials, also centers on the Biden family’s foreign business schemes while Joe Biden was vice president. During those years, Hunter routinely met with Joe Biden about 30 times at either the White House or the vice president’s residences at the Naval Observatory, Hunter’s laptop from hell revealed.

“Indeed, in the last few weeks, the compelling basis for a FARA charge has becomes unassailable and undeniable,” Turley said.

Hunter reportedly met with the Crown Prince of Yugoslavia and his wife in 2015, and the couple apparently asked him to approach his father with a request for money to help fix up their palace located in Belgrade.

“If Hunter relayed the request for US government assistance then that would be a FARA registrable event,” Craig Engle, a FARA expert who leads the political law practice at Arent Fox Schiff, stated.

The author of Red-Handed: How American Elites Get Rich Helping China Win, explained, “This started out as a Hunter Biden story and is now with Joe Biden story. He is at the center. He is the planet which the moons in the family Hunter Biden and James Biden revolve.”

Earlier this month, Breitbart News reported President Biden played a part in his family’s business dealings approximately 13 times during a period of nine years and detailed those incidents.