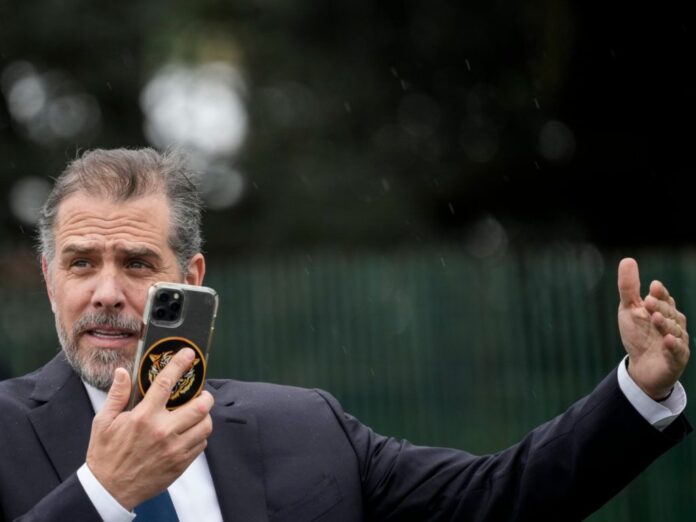 “I would refer you to his representative, that’s not something I can speak from – speak about from the podium,” White House press secretary Karine Jean-Pierre said during the daily briefing on Thursday, when asked by a reporter if the president’s son had actually divested his shares in the firm.

Recent Chinese business records show that Hunter Biden’s company Skaneateles is still a ten percent owner of the Chinese investment firm BHR Partners, even though Hunter Biden’s lawyers have said he divested from his business venture.

That contrasts with a statement from Hunter Biden’s lawyer, who told the New York Times in November that his client “no longer holds any interest, directly or indirectly, in either BHR or Skaneateles.”

But the White House continues to dodge questions about Hunter Biden’s foreign business deals, and the president’s claim that his son never made money from China.

In 2018 and 2020, Breitbart senior contributor and Government Accountability Institute President Peter Schweizer exposed in his books Secret Empires and Profiles in Corruption how Hunter Biden and Joe Biden flew aboard Air Force Two in 2013 to China before Hunter’s firm inked a $1.5 billion deal with a subsidiary of the Chinese government’s Bank of China just 10 days after the trip.

On at least ten occasions, White House officials repeatedly say they are unable to answer questions about Hunter Biden’s foreign business deals from the podium.

Breitbart political editor Emma-Jo Morris’s investigative work on the Hunter Biden “laptop from hell” also captured international headlines when she, along with Miranda Devine, revealed Joe Biden was intimately involved in Hunter’s businesses, appearing to even have a 10 percent stake in a company the scion formed with officials at the highest levels of the CCP.