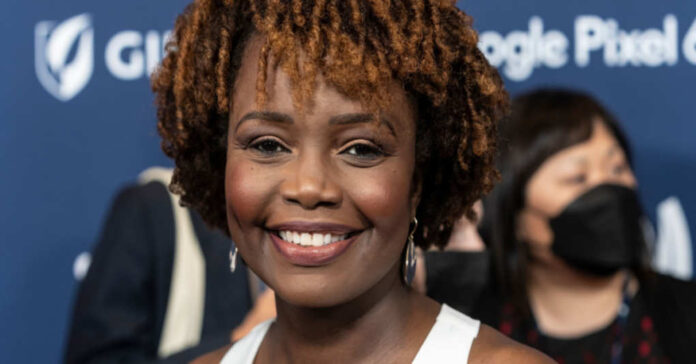 “A border wall is an ineffective use of taxpayer dollars,” White House press secretary Karine Jean-Pierre said during the daily briefing.

The Department of Homeland Security said Thursday they would resume construction on four wide gaps in the wall near Yuma, Arizona, that were not completed yet. When Biden took office, he halted the construction of the wall, but some gaps remain.

“There will not be another foot of wall constructed in my administration,” Biden promised in an interview with National Public Radio journalist Lulu Garcia-Navarro in August 2020.

Jean-Pierre struggled to explain why the administration was moving forward on the border wall project, despite Biden’s promise.

“We are not finishing the wall,” she said repeatedly, even though construction in Arizona is scheduled to resume.

Jean-Pierre described border walls as “racist” in 2019 in a video published on social media in her old job at MoveOn.org.

“I’m not even sure how you get to your first question to this question you asked me,” she replied.

In December, Democratic U.S. Sen. Mark Kelly of Arizona issued a public letter to Biden urging Biden to finish the gaps in the wall.

“We need better border security technology. We also need to deal with some of the gaps that are in the border fencing in the Yuma area. I mean, these small gaps that just present a significant challenge for Border Patrol,” Kelly said in an interview with local news.

Although Kelly is well funded, a Rasmussen poll released Friday shows him running behind Republican candidates challenging him. The Republican primary is on August 2.