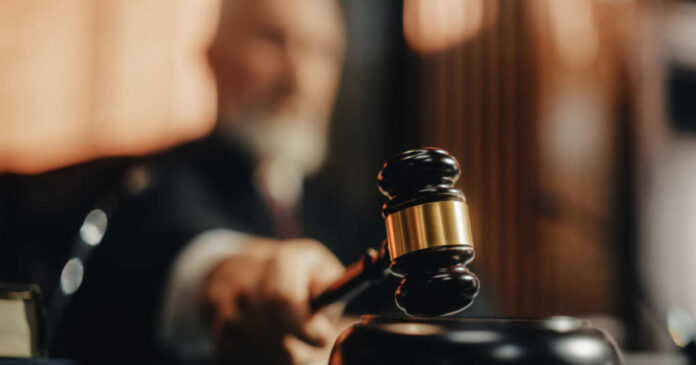 Democrats are seething over the ruling passed down by Superior Court Judge Robert McBurney. Judge McBurney is keeping the prosecutor in a case investigating that claims that former President Donald Trump tried to interfere in Georgia state’s 2020 electoral process.

Newsbreak reported that “Superior Court Judge Robert McBurney agreed with Republican state Sen. Burt Jones that Fulton County Dist. Atty. Fani Willis had a conflict of interest because she hosted a fundraiser last month for Jones’ Democratic opponent in November’s election for lieutenant governor. During a hearing last week, McBurney said that Willis’ decision to host the fundraiser was “a ‘What are you thinking?’ moment. The optics are horrible.’”

Fani Willis is the Fulton County District Attorney assigned to the case. Her decision to try and help another Democrat with a fundraiser for an election they would eventually lose.

The judge ruled that Willis would not be able to question a person who signed a certificate claiming that Trump won the state. The liberals still believe that Donald Trump was trying to meddle in the state election process. It is simply their way of hiding their meddling that took place.

Willis was in charge of running a fundraiser for Burt Jones’s challenger for the 2020 lieutenant governor position. The Democrats targeted Jones because he believed that Trump had won the state election. He, along with 16 other state Republicans, stated they were the electors for Trump. But their claim would only be valid if it was found that Biden had cheated and lost. But the liberals could cover up their tracks enough to hide their fraudulent actions.

Newsbreak reported that “The judge’s decision Monday likely has no real bearing on the future of Willis’ overarching investigation into what she has called ‘a multistate, coordinated plan’ by Trump’s campaign to influence the results of the 2020 election. But it served as a rebuke of Willis and provided ammunition to her critics who have accused her of pursuing a politically motivated case.”

Willis can no longer have a neutral view of performing her job. She sees any person running against her beloved Democratic favorites as her enemy. Those people become her targets as she seeks to make life rough for them. Her pursuit of Jones and the other Republicans is nothing more than a politically motivated plan to harm the Republican Party.

Willis has the job of being an advisor to the grand jury. She has the power to influence the jury into thinking that what she suspects about the Republican Party is accurate. She hates that Jones beat out her select candidate and now wants revenge. But her lack of vision has tainted the process of creating a fair and impartial grand jury.

Willis was trying to set up a court where everyone would side with her and undoubtedly convict any person brought before her grand jury. Eleven other people wanted Willis to be excused from being able to question them over their names being on the list of those that signed on to the document claiming Trump won the state.

The grand jury’s purpose is to help determine if there is any reason to pursue charges against the people in question. But with Willis influencing the grand jury, she would be able to bring any charges against any person found to be associated with the claim of Trump winning in 2020.

The nasty Democrats continue to push the fake narrative that somehow Donald Trump cheated during the 2020 election. The truth is that the Democrats are the ones desperate enough to cheat to keep their power. They have the desire to keep pushing fake accusations against honest people simply trying to keep America strong. They know that voters are ready to make a change a kick out the Democrats making a mess of things.