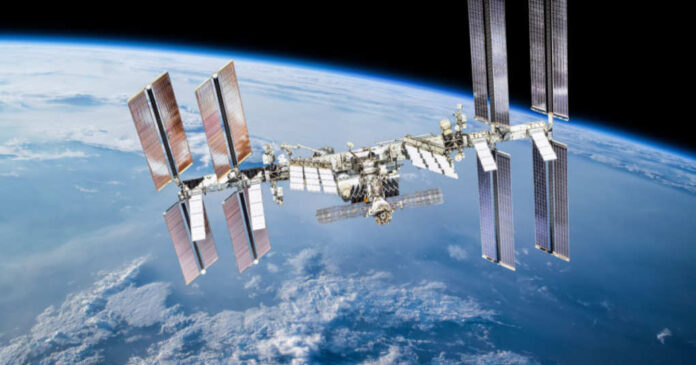 Putin is not responding to the global pressure in the slightest, and he seems to have no fear of any repercussions from the West.

Russia has announced that it will pull out of the International Space Station after 2024. And they will from this point on be building their orbiting outpost, according to Russia’s new space chief.

This move just intensifies the tension between Moscow and America that continues to rise over the war in Ukraine.

This announcement was not unexpected and it throws the 24-year-old space state into a questionable future. Experts agree that it will be extremely difficult, one said a “nightmare” to keep the existing space station running without the Russians. NASA hopes to have their input by 2030.

Yuri Borisov was appointed to lead the Russian space agency, Roscosmos, last month. He said, “The decision to leave the station after 2024 has been made. I think that by that time we will start forming a Russian orbiting station.”

The space station is one of the few symbols of international teamwork that has existed since the Cold War ended. It remains one of the last global areas of cooperation between the U.S. and Moscow.

Bill Nelson, NASA’s administrator, was waiting to hear directly from Russia. He issued a statement saying that his agency was “committed to the safe operation” of the space station through 2030 and continues “to build future capabilities to assure our major presence in low-Earth orbit.”

U.S. State Department Spokesman Ned Price said that Russia’s decision was “an unfortunate development” given the “valuable professional collaboration our space agencies have had over the years.”

And National Security Council spokesperson John Kirby said that the United States will explore options for dealing with Russia’s decision to pull out.

Russia has a history of threatening to pull out and start its own space station. One of the reasons is certainly money. Now that Elon Musk’s SpaceX company is flying NASA astronauts to and from the space station, Russia has lost a massive amount of income. In the past, NASA has given Russia tens of millions of dollars for each seat taken on the Russian Soyuz rockets.

There is no doubt that the propaganda around this decision will focus on what is in Moscow’s best interest. They will do whatever is necessary to get out from under the sanctions imposed on their nation due to the war in Ukraine.

Dmitry Rogozin, the former space leader for Russia said last month that Moscow might take part in negotiations about a possible extension of the station’s operations. But that will only come if the U.S. lifts the sanctions against Russian space industries.

The space station is primarily used for scientific research in zero gravity and to test technology for future trips to the moon and Mars. There is usually a crew of seven who work together for months at a time. Right now, there are three Americans, three Russians, and one Italian on board.

Former NASA astronaut Scott Kelly believes that Russia is bluffing about pulling out. He spent 340 continuous days on the Space Station in 2015 and 2016. He believes that “after 2024” is particularly vague and open-ended.

“I believe Russia will stay as long as they can afford to, as without ISS they have no human spaceflight program,” he said. “Cooperation with the West also shows some amount of legitimacy to other, nonaligned nations and to their own people, which Putin needs, as the war in Ukraine has damaged his credibility.”

But former NASA astronaut Terry Virts believes that Putin “has crossed a line, and we need to disengage from them on the ISS.”

The forecast seems to be that the temperature is dropping and there is a new Cold War on the horizon.