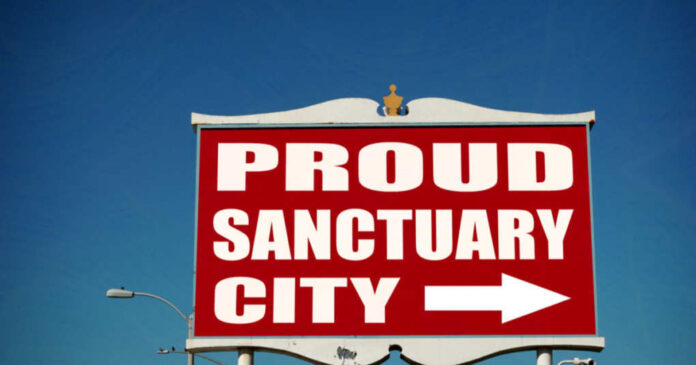 As you know, the Biden administration has done little to nothing about the ongoing crisis at our southern border. As a result, our facilities are overwhelmed, border agents and personnel are overworked, and the resources intended to help out only cover a small portion of the need required.

As you also know, border states that see these unmet needs and the crisis growing larger by the day have asked for federal help from Washington, DC.

But like most things the people of the US need these days, those requests have gone unanswered and ignored.

However, at least some in the capital city are starting to take notice and see the need for immediate and federal assistance.

While Bowser has never concerned herself with the cries of the people before, it’s become clear to her as of late that there is a major problem with immigration, and it’s rather quickly overtaking her city.

Since April, over 4,000 migrants, by way of over 150 buses, have arrived within the borders of Washington, DC, which has become a sanctuary city for them, according to the Washington Examiner. And more are coming every day.

What this has done is placed a heavy toll on the already strained resources of the city. As Bowser wrote in a letter to the Office of the Security of Defense, “Our collective response and service efforts have now become overwhelmed….”

Of Course, she tried to make this about the poor migrants themselves, saying, “Tragically, many families arrive in Washington, DC with nowhere to go, or they remain in limbo seeking onward destinations across the United States.”

And so, she has requested the federal government’s help, and more specifically, the National Guard, hoping that they will take this “humanitarian crisis” off of her hands.

According to the letter, and another one that she sent to Joe Biden at the White House, she needs at least 150 National Guardsmen to help her get these migrants out of the city and to what she calls “their final destinations.”

Of course, what Bowser and the DC area are experiencing are the same things that border cities and states like Texas and Arizona have been experiencing and asking for help for years on end now. And yet, just as with Bowser’s letters, nothing has been done.

Texas Governor Gregg Abbott’s spokeswoman Renae Eze wrote to the Examiner, “Washington, DC finally understands what Texas has been dealing with every single day, as our communities are overrun and overwhelmed by thousands of illegal immigrants thanks to President Biden’s open border policies.”

And now, like Texas, DC understands that Biden and his cabinet will have to take “immediate federal assistance” if the “crisis” is to be resolved at all.

Of course, Bowser hasn’t heard anything in response to either letter thus far.

However, it’s important to note here that this supposed crisis has been going on since April, as was stated above. And yet Bowser waited until mid-July to send her first letter asking for federal help.

Well, like most Democratic mayors of today, it could be that she thinks they have everything handled on their own. On the other hand, it could be that it took three months of failure on her part to learn that this crisis was much bigger than anything she or her office could do.

It could also be that it took that long for her to pull her head out of the Democratic Party’s butt and see the problem for what it is, namely, a federal one.

I’m betting it was a good mixture of both. After all, we know Democrats like Bowser tend to choose party and agenda over reality and the needs of the people first. It’s only until it becomes painfully clear that what the party is doing isn’t what’s best, and they’ve failed a few times before they can usually admit to the truth.

And the time for admitting the truth is apparently now for DC. Better late than never, I guess.