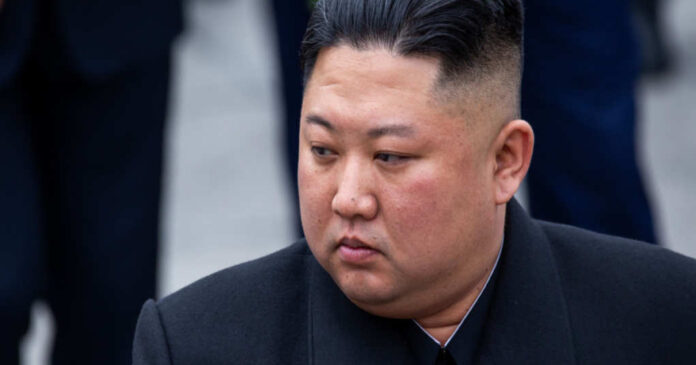 Kim Jong Un has been standing at his podium spewing hatred for the US and any other country on earth not named China for years now. Following in the footsteps of his father and grandfather, this man is deliriously convinced that his nation is among the best in the globe, and nothing will ever convince him otherwise.

Giving a speech to war veterans on the 69th anniversary of the end of the 1950-53 Korean War, it seemed that he was trying to boost unity within the isolated country. Given their current situation due to the pandemic and sanctions due to Kim’s ever-increasing quest to become a nuclear state, he has no one to blame but himself. While observers and those who have studied him for decades believe he would only use them in response to an attack, his rhetoric of July 27th suggests otherwise.

“Our armed forces are completely prepared to respond to any crisis, and our country’s nuclear war deterrent is also ready to mobilize its absolute power dutifully, exactly and swiftly in accordance with its mission.” This kind of message that Kim is sending these war veterans and the rest of North Korea is a dangerous one. The American government under Biden has been exceptionally quiet on North Korean relations, but consistently working with and communicating with South Korea and Japan.

Kim’s speech indicated that he either is completely unaware of the capabilities of the US and South Korean militaries, or he has become completely delusional about his strengths. “Talking about military action against our nation, which possesses absolute weapons that they fear the most, is preposterous and is very dangerous suicidal action. Such a dangerous attempt will be immediately punished by our powerful strength, and the Yoon Suk-yeol government and his military will be annihilated.”

In response, South Korea’s spokesperson Kang In-sun, Yoon’s presidential national security office said South Korea stands ready along with American troops to protect the people of South Korea, and that he would rather work with North Korea on talks towards denuclearization than resume the war. Given the boost in South Korean and US troops in the region, they are certainly ready to fight if need be.

Leif-Eric Easley, a professor at Ewha University in Seoul has been watching the situation carefully for years. “Kim’s rhetoric inflates external threats to justify his militarily focused and economically struggling regime. North Korea’s nuclear and missile programs are in violation of international law, but Kim tries to depict his destabilizing arms buildup as a righteous effort at self-defense.”

A twisted perspective like this is a classic sign of a dictator that has completely lost touch with reality. While Easley is being fair in his assessment, Kim has only two choices available to him presently. Either get the war started by firing the first shots or come to the table to discuss denuclearization. No matter which option he chooses, it will be difficult for him to save face, and that will be even harder should his nation be destroyed.

For decades the Chinese have been some of their only trade partners, and with COVID completely closing the border between the two countries, they now have little reason to defend Kim. As a result of no trading partners and wide-reaching famine, the rogue state now finds itself on its knees searching for a solution.

With Biden in the White House avoiding conflict to end this situation is clearly the smartest answer for everyone involved. American troops and South Koreans cannot trust him to provide a big enough response should Kim attack, and he just isn’t cut out to make the proper decisions for war. That peaceful solution gets North Koreans fed, reunited the peninsula, and saves countless lives. Sounds a lot better than potentially losing American lives just to defeat the weak kid with a big mouth.