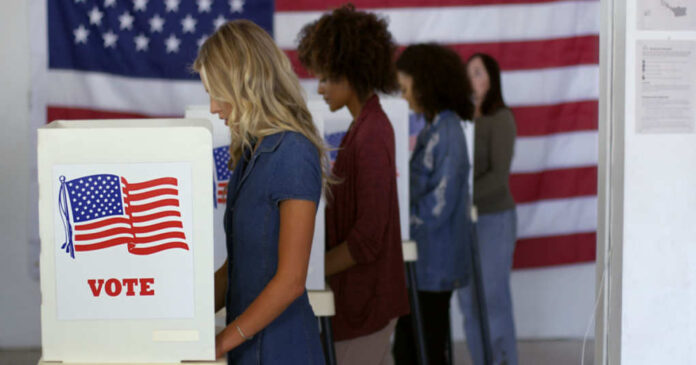 “With the total number of GOP votes in, combined with what is left outstanding it is a near certainty at this point that Republicans will smash turnout records for a primary,” tweeted ABC 15 journalist Garrett Archer on Wednesday night.

In looking at the gubernatorial primaries specifically, Republican votes outnumbered Democrat votes by 157,753 as of Thursday at 8:15 p.m. EST, according to the Associated Press election results compiled by the New York Times. Thus far, 660,735 Arizonans’ ballots for Republicans have been counted, with 17 percent of the vote still out, meaning this number will grow substantially. Conversely, Democrat gubernatorial primary candidates drew 502,982, but the number will rise, considering 19 percent of the ballots have yet to be tabulated.

Republican gubernatorial candidates were headlined by former Fox 10 Phoenix anchor Kari Lake, backed by former President Donald J. Trump, and Karrin Taylor Robson. Lake leads by more than 12,000 votes. Though a winner has not been declared in the race by mainstream media outlets and publications, Dave Wasserman of the Cook Political Report noted Wednesday morning that it looks like Lake will remain in the driver’s seat to the finish and ultimately come away with the nomination.

The pair, in addition to three other GOP candidates, have already outpaced Gov. Doug Ducey’s (R-AZ) and two other GOP candidates’ combined vote total of 655,538 in 2018 by nearly 5,197 votes, with just 83 percent reporting in the 2022 primary. By contrast, Democrats have yet to eclipse their 2018 vote totals of 505,481, with 19 percent of the vote still uncounted. What is more, the vote total margin for Republicans over Democrats is already 7,696 votes higher than the 150,057 vote margin of the 2018 governor’s race primaries.