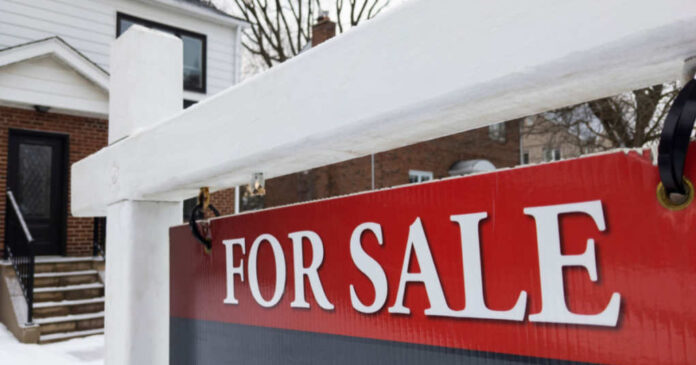 The housing bubble is popping. Last year, homes were disappearing no sooner than they were listed. Now, all of that is gone. And Elon Musk is one of the first to point to why it happened.

The housing market collapse is something we’ve all seen. However, the Tesla CEO couldn’t help but share his thoughts on Twitter – and it’s worth a look, especially as he blames unscrupulous lending practices that were prevalent throughout the housing bubble.

Predatory lending is dangerous. People are given money to buy a house – even though they may not be able to truly afford the house. And with more loans came more people buying homes – and home prices that just kept going higher and higher.

Musk was quick to remind everyone that one of the reasons cryptocurrency was created was to go against the control of the central bank. And we all saw just how controlling the central banks got following the 2008 recession. And that recession was caused by what? Predatory lending, which led to the bursting of the housing bubble.

We’re seeing it all again.

Banks and other lenders are preying on the weak. They’re offering higher fees and higher interest rates for those who can’t typically afford a loan. It allows people to get the loans that they need, but at what cost in the long run?

When this happens, it can lead to countless foreclosures – and that’s when government bailouts start to creep in.

Musk doesn’t want to see that happen. Lenders shouldn’t get a bailout. Instead, Musk comments that “They dug their own graves – a lesson we should all take to heart, including me.”

He’s right, of course. Lenders know exactly what they’re doing. They know that they’re preying on the poor and the ill-informed. If they loan money to people who can’t afford to make the payments, the lenders should deal with the fallout on their own.

Benzinga reported that “The housing market collapse of 2006 that followed a bubble was triggered by a combination of predatory lending practices and financially engineered products such as subprime loans that left borrowers saddled with unaffordable mortgages.”

Soon, we saw the foreclosure crisis, then the credit crisis, and the global recession that ensued.

We already know that a global recession is within our sights. And there may not be anything that can be done because the Federal Reserve is in full crisis mode. Interest rates are soaring, homes are now sitting on the market, and people are just waiting for it all to come crashing down.

Meanwhile, there’s an argument going on in the real estate industry. Is there an actual recession happening or is it just a slowdown? Most real estate agents know that there’s a four-phase cycle that includes expansion, hyper supply, recession, and recovery.

We haven’t seen hyper supply within our current cycle. And no one really knows what to expect next.

COVID threw everyone for a loop. And with the stimulus checks being used to stimulate the economy, people suddenly had more money to spend. The idea of owning a home became real, and people acted on it. The supply of houses on the market was eliminated, and people who were selling homes found that they could sell for tens of thousands above value because there were people willing to pay.

Without hyper supply in place, Todd Metcalf, a senior economist at Moody’s Analytics, told Business Insider that there’s demand exhaustion. Home prices are falling due to a lack of affordability, not because of a surplus in the housing inventory. “This occurs not because the demand for housing has gone away, but because rising interest rates have made it so that many people can no longer afford to buy a new home.”

So, it’s possible that the Fed has popped the housing market bubble inadvertently in their effort to prevent a recession.