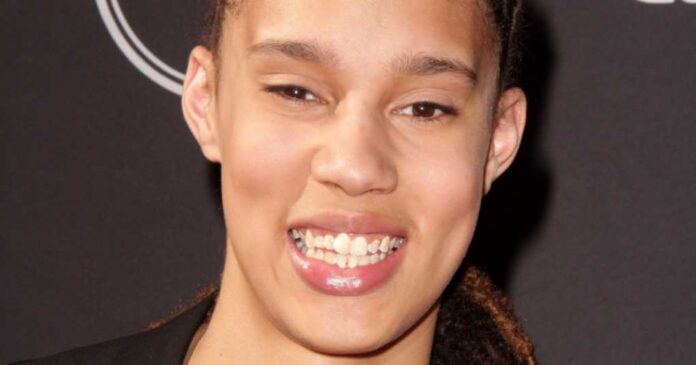 The Russians have made it clear that if Brittany Griner and Marine veteran Paul Whelan are to be freed in a prisoner exchange, it has to be done on the down low. There is to be no fanfare and it cannot make headline news.

The U.S. government is trying to work out a deal for swapping the two out in exchange for sending convicted Russian arms dealer Viktor Bout back to his motherland. U.S. Secretary of State Anthony Blinken said the deal has been offered but that the Kremlin is still mulling over the two-for-one trade.

Russia sentenced Marine veteran Whelan, a corporate security executive from Michigan, to 16 years on charges of espionage in 2020. The White House has adamantly rebutted the charges to no avail.

Kremlin spokesman Dmitry Peskov said that prisoner exchanges have always been made under the cover of darkness.

“We know that such issues are discussed without any such release of information. Normally, the public learns about it when the agreements are already implemented,” he said.

Peskov didn’t hesitate to reiterate to reporters in a conference call how “no agreements have been finalized,” just before refusing to say anything else.

Russian Foreign Ministry spokeswoman Maria Zakharova echoed Peskov’s statement by saying that although Russia and America are actively involved in talks, “there has been no concrete result yet,” concerning the prisoner swap.

“We proceed from the assumption that interests of both parties should be taken into account during the negotiations,” she said.

The U.S. government needn’t be reminded of the importance of secrecy. It’s been leaving citizens to wonder if anyone was even trying to bring Griner home after she was arrested at an airport in Moscow when some cannabis oil vape cartridges were found in her luggage.

Blinken speaking out on the matter marks the first public comment from the U.S. government that indicated action was being taken, and he was slow in getting the word out. It’s assumed that his statement was only issued due to the immense amount of pressure the government’s been under to provide answers. The masses needed calming.

Blinkin is expecting a phone call from Russian Foreign Minister Sergey Lavrov to discuss the details of the prisoner exchange, among other things. The two haven’t spoken since the day the Russians marched into Ukraine, so the conversation could get a bit testy.

The Kremlin has always wanted Bout back. The “Merchant of Death,” as he was called, was convicted in the U.S. in 2012 of scheming to illegally sell millions of dollars worth of weapons to radical extremist groups throughout the U.S. Bout is currently serving a 25-year sentence.

Griner claimed no criminal intent and said that in packing in haste for a game with the Russian basketball league, she didn’t realize the cartridges were in her bag. They were prescribed by her doctor to relieve her many sports-related injuries.

As do many U.S. athletes, Griner plays for the Russian league during her off-season. If convicted, she’s looking at 10 years in a Russian slammer for transporting drugs.

The trade isn’t far-fetched considering how just this past April U.S. Marine veteran Trevor Reed was traded for Russian pilot Konstantin Yaroshenko who was in U.S. custody.

Suffice it to say, Whelan’s charges are bogus and this is the opportune time to tack his release onto the deal. Go big or go home as they say.

The Russians may not have said okey-dokey yet but it looks favorable. Of course, we won’t know it’s gone down until after it’s done, but that’s alright by us just as long as the two get to come back to the good old U.S.A. where they belong.