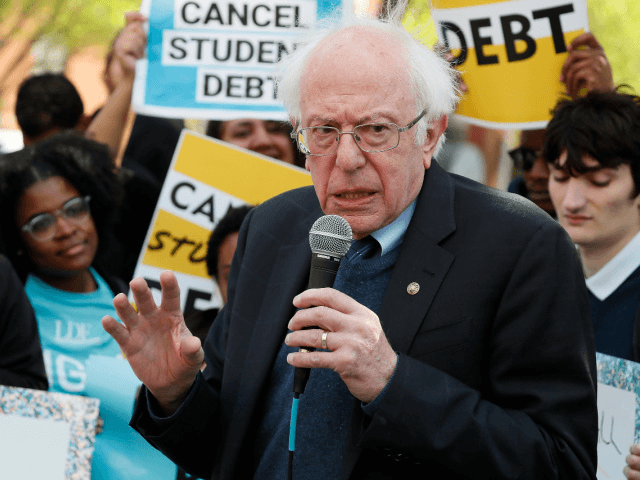 On Tuesday’s broadcast of CNN’s “Situation Room,” Sen. Bernie Sanders (I-VT) responded to a question on whether he wants to see President Joe Biden run for re-election by stating that what he wants to see right now is Congress working with Biden to form a better agenda and that his concern right now is “electing more Democrats” in the midterms.

Sanders responded, “Well, what I want to see right now is that — the Congress of the United States working with President Biden next year, develop an agenda that says to working families and the elderly and the kids, we understand your pain and that we have the guts to take on the big money interests at a time when we have more income and wealth inequality than any other major country on earth. Wolf, you’ve heard me say this again, and I think recent events point this out, this country is moving toward an oligarchic form of society, where you’ve got three people on top who own more wealth than the bottom half of American society. You’ve got three Wall Street firms that have control assets of over $20 trillion. That’s the GDP of the United States. Unbelievable wealth and power at the top, while the middle class is in decline and lower-income people are really suffering. We need to work right now, next year, with President Biden…on an agenda that addresses those issues.”

Blitzer then asked, “Well, let me rephrase the question. Do you want to see him run for re-election?”

Sanders responded, “Look, right now, my concern is electing more Democrats in this midterm election so we can finally address the needs of working families. That’s where my mind is right now.”