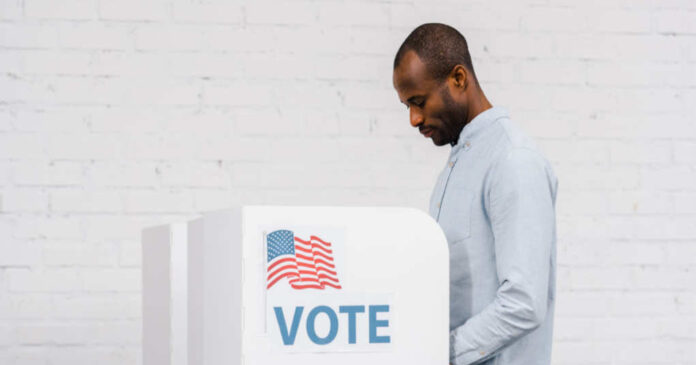 After years of relying on the black vote to get them over the hump, many Democratic organizers are telling their people not to count on that vote for the 2022 midterms. People like President Biden have failed so badly that many blacks no longer feel they can trust them. In turn, many have even started coming forward as being pro-Trump. This is despite mainstream media’s portrayal of him having no support in the black community.

Given the years of overlooking the voice behind the black vote, many are starting to get fed up with failed promises. There is no college loan forgiveness, the pandemic payments have ended, and cannabis is still getting black voters locked up despite so many states making it decriminalized or even legal for purchase. The federal government has been failing them by forgetting their promises for decades.

Now as a new generation gets ready to take to the polls, they see what this failure has meant for their families, and how badly it has impacted their lives. They like many Americans are tired of it. The problem is, that many of them have been raised to believe that the black many always vote for Democrats.

President Biden even tried making a joke of it while campaigning, saying “If you have a problem figuring out whether you’re for me or Trump then you ain’t black.” This comment came while talking with Charlamagne Tha God, a host on “The Breakfast Club.” This is a nationally syndicated radio show and one that is incredibly popular with voting-aged blacks.

This joke naturally didn’t land with Charlamagne nor anyone in the black community. Biden of course predictably apologized almost immediately, claiming he was wrong to be so loose with his words, but stopped short of admitting if this was how he really felt, or if he was just trying to fit in with the conversation.

Cliff Albright, co-founder and executive director of Black Voters Matter has been speaking about the black vote, and what it should mean. “It’s not just about supporting communities or knocking on doors two weeks right before Election Day…There is no such thing as an off-year because there’s no being off from the issues that impact our communities”

He also sees the failures of the Democrats for not keeping abortion as a federally legal piece of medical care. “We already know that we get stopped disproportionately, just for driving for any reason. So imagine what it’s going to be like as a Black woman traveling from state to state trying to get an abortion. Anything that involves criminalization is going to impact our community worse.”

While this kind of issue won’t necessarily have black voters jumping to the right side, it could give third-party votes a real chance of being cast. As anyone who is a democrat would tell you, they see third-party votes as wasted, and a vote for Republicans. Simply because the moderate left is the most easily led away and put into the independent voting block. Just means more votes for us in the long run.

Failures have been surrounding the Biden campaign since he threw his hat in the ring. Black voters don’t feel heard by American leadership, and they feel as though they don’t see enough of their own color running for office. Those who feel so strongly about that either won’t vote at all or will only vote for specific offices. Not an illegal tactic, but it does mess up the polling numbers.

Kamala Harris was not the answer when he ran for office, nor is it now. Given the incarceration rate of her own people in California, and her stance on cannabis, she is a bigger threat than she is an asset to the black community and President Biden at this point. Simply put, they both cost the left votes galore, and we could not be happier to have their votes.