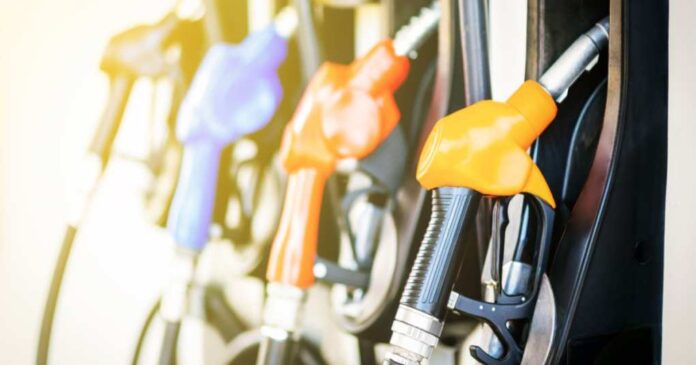 Gas shortages in Germany brought about by a combination of long-term government mismanagement and Russia’s war in Ukraine are likely to prompt mass riots that will make previous anti-lockdown demos look like a “children’s birthday party”, an official has claimed.

The statement comes after a number of similar warnings from ministers in the country, many of whom fear that the political right will suddenly gain significant political and social capital due to people being unable to heat their homes.

A warning from the President of the Thuringian Office for the Protection of the Constitution during an interview with state-owned broadcaster ZDF on Wednesday has crystalised the issue somewhat, with the official responsible for maintaining the security of the contemporary German state in the region warning that mass violence was now looking likely.

“…after the pandemic and the world events of the last few months, we are dealing with a highly emotional, aggressive, pessimistic mood among the population, whose trust in the state, its institutions and political actors is at least in some parts afflicted with massive doubts,” President Stephen Kramer is reported as telling the broadcaster.

“In this respect, we are likely to be confronted with mass protests and riots,” he warned, saying that what Germany had “experienced so far in the corona pandemic in the form of violent clashes on social networks, but also on the streets and squares, was probably more of a children’s birthday party” compared to what was coming.

In particular, Kramer expressed concern that what he called “right-wing extremists” — which his organisation even counts democratically-elected party Alternative f?r Deutschland as being — will gain social and political sway during the coming hard winter which he thinks will see many members of the middle class thrown into poverty.

“If the crisis scenarios described at the beginning of the energy crisis, supply crisis, economic crisis, worldwide famine with the subsequent migration crisis and the possible expansion of the Ukraine war continue to escalate almost simultaneously, then we will have to deal with a high probability of a situation that threatens the existence of larger parts, especially the stability anchor middle class, in our society,” he said.

“We have to assume that there will be legitimate protests from the population against the situation that threatens our existence in the fall, i.e. gas shortages, energy difficulties, supply problems, possibly recession, unemployment, but also growing poverty right through to the middle class, i.e that legitimate protests against this situation against political decisions are undermined by extremists,” Kramer also claimed.

Kramer’s warning that Germany could soon be facing down a popular protest movement spearheaded by the right is mirrored by warnings from ruling leftists politicians in power in the country, with the country’s Chancellor, Olaf Scholz, warning last month that the price of heating will create a “powder keg for society”.

Those on the hard-left in the country, in particular, have been keen to sound alarm bells regarding the possibility of a right-wing surge, with Antifa-linked Interior Minister Nancy Faeser previously saying that those on the right will “misuse the sharply rising prices as a new mobilization topic”.

“We can assume that populists and extremists will again try to influence protests to their liking,” a spokesman from Faeser’s ministry told Deutsche Welle on Sunday. “Extremist actors and groups in Germany can lead to a growth in dangers if corresponding social crisis conditions allow for it.”

However, despite all these warnings about so-called “extremists” — which appear to include groups that have repeatedly committed themselves to the protection of Democracy — authorities have had little success at actually securing the country’s energy supply for the coming winter, with mega-landlords in the European state telling their tenants that a “warm blanket” will be needed to make it through the period of extreme cold in the country.