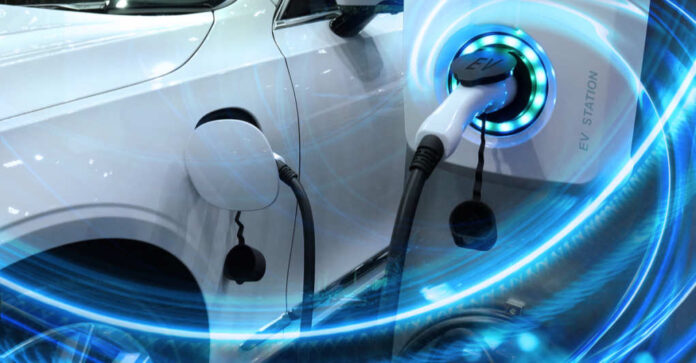 Electric cars are expensive. And the government has yet to prove how they’re any better for the environment than the gas cars we drive now. With the power grids being unstable, we’ve even heard messages about how we shouldn’t charge the electric cars in the MIDDLE OF THE DAY. That’s crazy, right?

Further, electric cars should be affordable to maintain. The reality is that they’re not. And a new battery costs as much as a new car. Combine that with the fact that the batteries can’t be recycled, and we’ve got a real mess on our hands.

But still, the Democrats press on and assume that they know better. And that’s what brings us to the EV subsidy found in the new Inflation Reduction Act.

Americans already receive some impressive federal subsidies when they buy electric cars. It doesn’t make the cars any more affordable. The reality is that EVs are expensive – and the subsidies don’t even help to bring the cost down to what a gas-powered vehicle can be purchased for.

Fox News reported that the new provision is for “the rich and famous.” And it looks like it’s going to get approved because Senator Kyrsten Sinema has fallen in line right behind Joe Manchin, making sure that they act like the good little Democrats that Chuck Schumer needs them to be. Daddy’s mad, so their playtime is over.

The bill gets to be ridiculous. There’s a mandate within the bill that specifies that the rare minerals used to create the EV batteries cannot come from Russia or China. However, without depending on those sources, supply is minimal. Auto manufacturers can’t meet the demand.

If you were to go online and order a Tesla right now, you’d get it delivered around July of next year. And with the supply of the rare minerals dropping lower, you might have to wait even longer.

And, once you finally get the EV delivered, you’ll plug it into the wall, charging it with the very fossil-fueled electricity that we’re supposed to stop being so reliant on.

Let’s just pretend that all is well, and you want to buy an EV. The new Inflation Reduction Act will result in a $7500 subsidy for buying one. It’s still a luxury item. The average American can’t afford that kind of vehicle.

As Fox News jokes, “It’s like giving everyone a thousand dollar gift card to the Rolex store, great, but where do we get the other 9 grand?”

The average EV cost about $55,000. That doesn’t even include the larger SUV models. Subtract the subsidy out of there and the vehicle still costs over $45,000. Most people could spend half of that and get a fully loaded gas car.

The incentives only help to line the pockets of those who are already rich enough to buy electric. Meanwhile, the rest of us already know that we don’t want an EV – and there aren’t enough incentives to make us want one.

California has become a great example. The Golden State’s population owns more EVs than any other state. And the state has actually raised gas prices as a further incentive to go electric. So, people have two choices – invest in an EV or move. And what the Democrats don’t want to admit is that more people would rather pack their bags and leave. It’s why you can’t find a U-Haul anywhere in the state. The mass exodus is real.

What’s funnier is that the Democrats are actually naïve enough to think that this new incentive is going to be what will reduce inflation. If anything, it will cause inflation to rise even higher. Senator Lindsey Graham (R-SC) even warns that it will “make every problem worse.”

It seems that the Democrats are intent on NOT winning in the midterms.