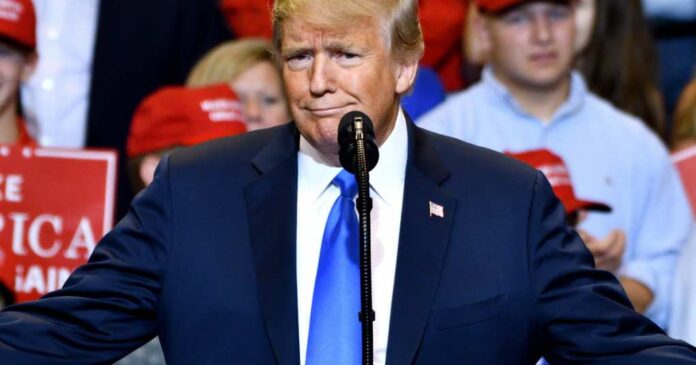 “Number one, it was all declassified,” Trump wrote in a statement released to reporters. “Number two, they didn’t need to ‘seize’ anything.”

The former president said the documents were secure and the FBI could have asked for any documents that they wanted but accused them of choosing a more political route.

“They could have had it anytime they wanted and that includes LONG ago,” he wrote. “ALL THEY HAD TO DO WAS ASK.”

As Breitbart News reported, the FBI list of seized documents provided to the Trump team included “Various Classified/TS/SCI documents,” and “Info re: President of France, and an “Executive Grant of Clemency re: Roger Jason Stone, Jr.”

Other items were described as a “potential presidential record,” a “binder of photos,” a “leather-bound box of documents” a “handwritten note” and “Miscellaneous Secret Documents”

The question of whether Trump declassified the classified documents in his possession is increasingly relevant as the Department of Justice has to determine whether or not they have the power to prosecute the president.

The president of the United States has the power to declassify documents while they are in office, but not retroactively.

In May, former Trump administration official Kash Patel told Breitbart News that the president had already declassified materials at Mar-a-Lago.

“I was there with President Trump when he said ‘We are declassifying this information,'” he said.