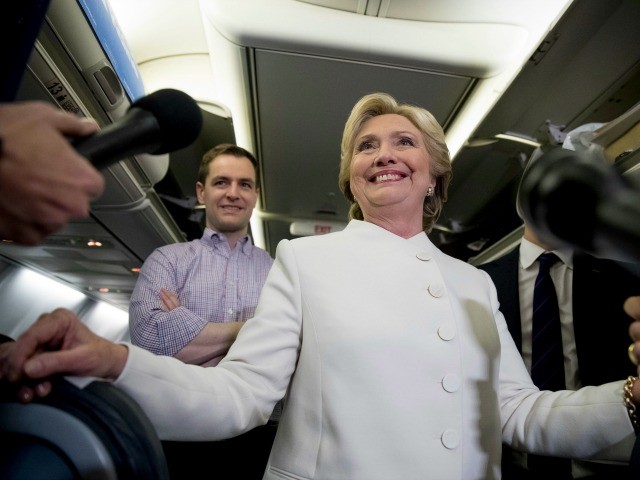 Former Secretary of State Hillary Clinton was suspected of violating the latter when she used an unsecured private email server in her own home to handle her communications, including emails with classified information, during her time in office.

The relevant part of section 793 punishes “gross negligence” in the handling of defense information, and failure to report the loss or destruction of that information. Clinton was accused of both; her staff even physically destroyed her mobile phones.

Then-FBI Director James Comey, who intervened in the case after then-Attorney General Loretta Lynch was caught meeting with former President Bill Clinton on the tarmac of an airport in Arizona, said that while Hillary Clinton had been “extremely careless” in her handling of classified information, she did not intend to violate the statute. The statute does not, however, include any requirement of intent, leading conservative critics to argue that Comey had been looking to exonerate her.

Some in the media, eager to defend Clinton, argued that the Espionage Act was flawed to be enforced. As Slate.com put it:

The email scandal reveals everything that’s wrong with the outdated legislation used to prosecute spies and whistleblowers.

This piece of legislation was never intended to sweep as broadly as its text suggests it could–all the more so as the universe of “information relating to the national defense” has grown geometrically.

In other words, the Espionage Act is at once too broad and not broad enough–and gives the government too much and too little discretion in cases in which individuals mishandle national security secrets, maliciously or otherwise.

It is not clear exactly what part of section 793 the federal government is using to investigate Trump; there are several others, though they require the defendant to have reason to believe the information could hurt the U.S. or help a foreign power.

The left is delighting in the fact that Trump is being investigated under the same statute that he suggested Hillary Clinton should be locked up for violating. However, as president he had classification authority she did not have as Secretary of State.

Moreover, there was circumstantial evidence that the reason Hillary Clinton used a private server was to hide communications with potential donors to the Clinton Foundation; there is no evidence yet tying Trump to any broader scheme of wrongdoing.

In any case, Clinton was not subjected to secretive FBI raids; she did not have the server seized from her home, nor did the agency take truckloads of documents from her home. The FBI did not want to be seen interfering in a presidential election.

Later in 2016, when Comey announced that the agency was re-opening its investigation into Clinton’s emails, following the discovery of tens of thousands of emails on disgraced former Rep. Anthony Weiner’s laptop, it caused a political stir.

The lesson that the Department of Justice claimed to have learned from the whole episode was that it did not want to be seen as influencing campaign season. Yet it is now pursuing Trump under the same law for which Hillary Clinton received a pass — merely three months before the 2022 midterm elections, and with Trump likely preparing to run for president again in 2024.