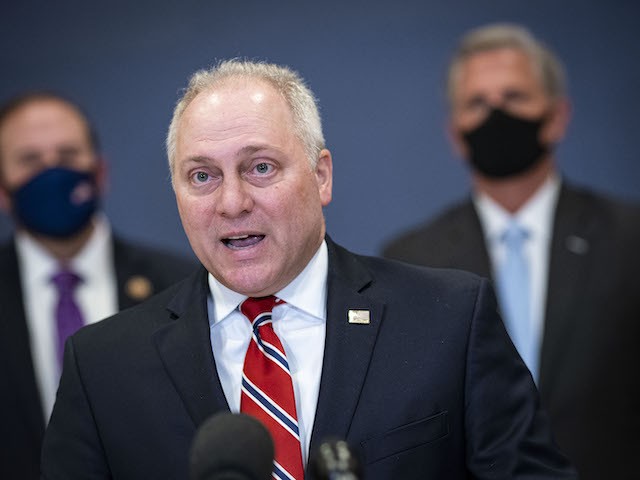 Scalise said, “[J]ust look at what CBO has said so far. They haven’t evaluated the whole bill. They have said this army of 87,000 new IRS agents, more than doubling the size of the IRS, that they will be going after people making less than $400,000. That would break President Biden’s pledge. They said, by the way, that lower-income families will be paying $20 billion in new taxes just from the IRS agents.”

He added, “There was an amendment to make sure that would not apply to people making under $400,000, and every Democrat in the Senate voted against it, so the amendment was defeated. So, clearly, their intention is not the millionaires and billionaires. Their intention is this 87,000 army. Think of an NFL stadium, any NFL stadium in America, completely filled with new IRS agents going after people making less than $400,000, in violation of President Biden’s promise. It’s been guaranteed. We know that it will happen. CBO confirmed it today.”