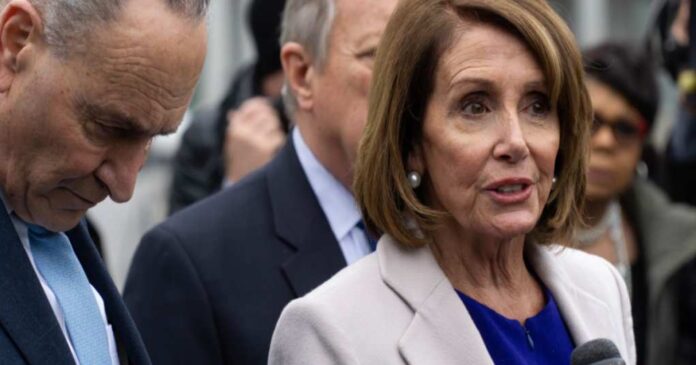 The clueless Democrats are hitting the campaign trails boasting of the new bill they passed that focuses on climate and economic matters. The bill did not have one Republican in support. It was moved because those liberals defending against strong conservatives need something to claim as a victory.

The enormous bill is set to reduce the cost of certain prescription drugs. NBC News reported that Senator Raphael Warnock from Georgia wasted no time in promoting the new piece of legislation. He stated, “I’m especially proud the legislation includes two provisions I introduced to cap insulin costs for Medicare patients at $35 a month and to limit the cost of prescription drugs for seniors.”

The bill is officially known as the Inflation Reduction Act. It is supposed to allow Medicare to negotiate the price of prescription drugs. But such an act only affects those on Medicare, not the rest of the population.

The Democrats passed a bill that only a few people would benefit from. They ignored the severe issues that the majority of voters were concerned about. The high inflation rate and record gas prices are just a few things that people want to see fixed. But President Joe Biden and liberal Senate leaders are clueless about what people want.

NBC News tried to pass off the new legislation as something that the entire country wanted. They got Celinda Lake, who is a Democrat that comes up with fake polls, to claim that “The prescription drug piece is extremely, extremely popular. People have wanted it for a long time. This is a real opportunity for Joe Biden to say he’s fighting with special interests and for individual candidates to say the same thing. It sets up a contrast. No Republican voted for it.”

Lake maintains that it is very popular, but half of the Senate voted against it because the people they represent do not care about drug prices. They care more about the high prices on everything else.

The Republicans see the bill for what it represents. Senate Minority Leader Mitch McConnell reports that the new bill is nothing more than an attempt to hide socialist ideologies. The Democrats finally found a way to limit the pharmaceutical industry by regulating prescription drug prices. They claimed that drug prices were out of control because no one was regulating them. But the truth is that competition is what keeps prices from getting high. And no amount of socialist control is going to help.

The new bill is another way for the Democrats to destroy innovation and imagination. The private sector is known for coming up with ways to invent better ways of treating illnesses and diseases. That is why former President Donald Trump turned to the private sector to help develop a vaccine capable of stopping the virus from killing people. He knew the best way to find a treatment was to let the people work on the problem.

NBC News reports that not every conservative is speaking out against the bill. The liberal media wants people to think that nearly all politicians support it. No one is speaking out against it because it makes no difference to the people what they have to pay for prescription drugs. They are more concerned about all the other issues destroying the country.

The Senate Democrats were desperate to pass anything that would give them an edge over their competition. They hope this new legislation is enough to trick voters into thinking that they care enough about the people to work on the real issues after the midterm elections.

But the truth is that the voters are more intelligent than the Democrats give them credit. The people will remember all the terrible things the liberals did to them over the past year. And they will vote Republican because they are the only ones making a real difference for the country’s future. And it is too late for the Democrats to make a difference because they wasted their time being selfish.