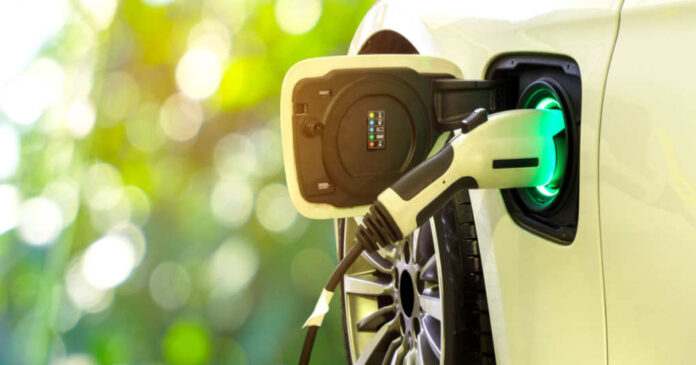 I’m sure you’ve figured out by now that the federal government, under instruction from the Democratic Party and leaders like Joe Biden, has been making a serious push to fight what they call climate change. According to them, we are at a point in history where the planet will fail to sustain us and our future generations if we don’t change how we do things and live our lives.

And so, changes we, as a nation, are making.

To help facilitate those changes, Congress just passed the Inflation Reduction Act of 2022. Don’t let its name fool you. It really has nothing to do with inflation and everything to do with fighting climate change.

Among its many provisions is one that expands a tax credit to those who own electric vehicles. Should you own one in the US, this provision says that you may be eligible for a $7,500 tax credit.

Of course, this is just an added government-pushed incentive for you to forget your previously owned, tried, and true gas-powered machines and go out and buy an EV that you can’t afford.

Sorry, I don’t mean to imply that you personally can’t afford an EV. However, the simple fact is that they are far more expensive than the vast majority of their fossil fuel counterparts. And that’s just the upfront cost.

Then there is the cost find a technician who knows what they are doing to work on it when things go wrong. And they will. Parts are also harder to find and more expensive. Tires too – plus, given the excessive weight of the vehicles, they wear out faster, needing to be replaced much sooner than usual.

And don’t even get me started on how much it costs to have those vehicles charged or the problems with finding charging stations that actually work.

Besides, the average American can’t afford to go out and buy at least a $30,000 vehicle just to supposedly save money on gas.

But I digress… Back to the Inflation Reduction Act.

Then again, to be eligible, the law says that your EV’s expensive and earth-destroying battery has to be made in North America only. And as a report on theverge.com noted, over 75 percent of all-electric cars on the market today come equipped with Chinese-made lithium-ion batteries.

Looking at the Inflation Reduction Act directly, it says that EV owners whose batteries contain “at least 40% of materials sourced from North America or a US trading partner by 2024” can qualify. Furthermore, batteries containing minerals “extracted, processed or recycled by a foreign entity of concern” are immediately disqualified.

As the outlet reported, a “foreign entity of concern” is any nation where terrorism is sponsored or that the Treasury Department’s Office of Foreign Assets Control has blocked.

And China is most certainly on the list of those.

On August 5, a note of this was posted by the Alliance for Automotive Innovation’s John Bozzella. He pointed out that of the 72 models of EVs currently on the market, a whopping 70 percent of them had Chinese batteries and therefore were ineligible to be used for the tax credit.

Additionally, he noted that current efforts in the automotive industry guaranteed that this would be the case for years to come. “The $75000 credit might exist on paper, but no vehicles will qualify for this purchase incentive over the next few years.”

For anyone on the fence about switching to electric, a proposed tax credit might have previously offered just enough supposed leverage to keep them interested. Now, however, the chances of them sticking around are slim to none.

So much for Biden hitting his goal of 50 percent of vehicle sales being electric by 2030, huh? Of course, once they learn just how bad for the environment these cars are, there’s not even a fraction of rationally owning one.